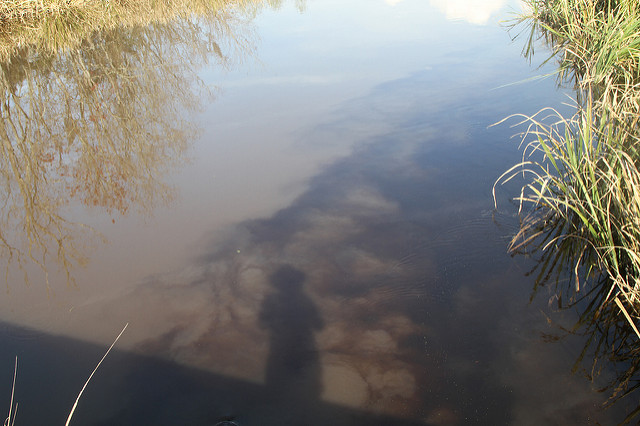 Documenting plume of pollution in our waterways.

The Clean Water Act, passed in 1972, is one of the cornerstones of environmental law, and is a primary tool Healthy Gulf uses to protect the waters that flow into the Gulf of Mexico.

By using the Clean Water Act, we hope to realize its goal to "restore and maintain the chemical, physical, and biological integrity of the nation's waters."

‍Water Quality Standards
‍Under the Clean Water Act, states must establish water quality standards that define the goals and uses for a waterbody. These standards drive the development of pollution discharge permits, determine which waters must be cleaned up, and designates which waters need protection. Further, when a river or stream violates these standards, the state must develop a Total Maximum Daily Load (TMDL) to serve as a step towards cleaning up the water.

Regretfully, Gulf states do not always establish protective standards. In a report released by Healthy Gulf in 2009, entitled Clean Up Your Act! A Gulf State Report Card, we examined each Gulf state's water quality policies. The report grades the Gulf States on issues such as water quality standards, policies to prevent Dead Zone-causing pollution, public health protection, and citizen participation in the policy-making process. Florida, Alabama, Mississippi, Louisiana, and Texas earned an average of a D+ for their implementation of the Clean Water Act. Since the release of this report, some states have improved these standards, but they all have a long way to go.

Healthy Gulf works to track proposed changes to Gulf State water quality standards as well as water clean up plans and submits technical and legal comments. With the help of our members and supporters, we strive to make sure that Gulf states are following the law, as well as protecting the people and wildlife that depend on these waters.

Preventing Sewage and Industrial Pollution
Under the Clean Water Act, all pollution discharges from discrete sources (i.e., a point-source, a pipe) need a permit. In the Gulf region, the EPA delegated the authority to issue permits to the states. These permits should protect state waters and the Gulf. This is not always the case.

Healthy Gulf monitors and submits public comments on draft water pollution permits. We often challenge permits that do not follow state and federal laws and regulations. If our comments are not implemented, or if a facility is illegally discharging pollution into Gulf State waters, we are sometimes forced to take legal action.