Past Victories and Accomplishments 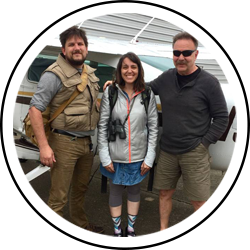 July 2nd: The Department of Justice, Gulf states and BP announced a settlement in principle for damages from the BP disaster, including Clean Water Act fines and Natural Resource Damage Assessment penalties, of $18.7 billion. Although the sum could have been larger, this settlement ensures that there is funding for the urgent restoration needs of the Gulf in the near-term, rather than tie any potential fines up in legal appeals for years.

June 24th: After hearing from hundreds of GRN supporters, Florida parish residents and people from across Louisiana, the Vicksburg District of the Army Corps of Engineers denied a permit for a plan to dam the Boga Lusa Creek in Washington Parish – preventing a 1,000 acres of wetlands, the creek itself and historic cemeteries from being destroyed.

May 27th: After receiving hundreds of thousands of comments from citizens, including many GRN supporters, the Environmental Protection Agency approved a new Clean Water Rule that protects streams and wetlands critical to public health, communities and the economy.

May 4th: Following a challenge from GRN and our partners, including Atchafalaya Basinkeeper and the Tulane Environmental Law Clinic, Shell backed off plans to build a new pipeline – dubbed “Westward Ho” - from St. James Parish, LA to Nederland, TX. This project would have destroyed over 700 acres of land, including at least 200 acres of invaluable cypress swamp in the Atchafalaya Basin.

May: Thanks to the efforts of GRN, the Center for Biological Diversity, the Mississippi Chapter of the Sierra Club, the Land Trust for the Mississippi Coastal Plains and developer Columbus Communities, over 170 acres of habitat crucial to the survival of the critically endangered dusky gopher frog were protected under a land purchase.

April 20th: The Natural Resources Damage Assessment (NRDA) Trustees released their proposed projects for Phase IV of BP disaster Early Restoration spending, a majority of which were focused on restoring the Gulf’s ecosystem. We were especially pleased to see a proposal to help Gulf longline fishermen transition to more sustainable fishing gear that reduces the accidental catch of non-target species like bluefin tuna.

April: Marking 5 years since the beginning of the BP disaster, GRN and our partners released a new report – Sunshine on the Gulf II - examining how restoration was moving forward and recommending ways to improve the restoration process. We also worked with our allies in the Gulf Future Coalition and Gulf South Rising to help organize and/or participate in events around the memorial, including a press event in Biloxi, MS, a march in New Orleans, LA, and an action in front of BP America’s headquarters in Houston, TX.

January/February: The Plaquemines Parish Council joined a growing chorus of voices choosing coast over coal by voting to deny a key construction permit for the proposed RAM coal export terminal. Jefferson Parish and the city of Gretna followed this action by passing resolutions calling on the state of Louisiana to further examine  the impacts of the RAM coal export terminal.

January 21st: The Mississippi Commission on Marine Resources passed a resolution opposing projects, like a dam on the Pearl River in Jackson, MS and another dam in Washington Parish, LA, that would reduce freshwater flows to Mississippi’s coast.

December: In a major blow against RAM’s plans to build a coal export terminal along the Mississippi River, a Plaquemines Parish, LA state court revoked RAM’s state coastal use permit. This victory came in the wake of several other victories for coast over coal, including resolutions from Gretna, Westwego and Jefferson Parish questioning the RAM coal export terminal and its coal trains.

December: In response to public outcry, the Louisiana Department of Wildlife and Fisheries denied a permit for Comstock Resources, Inc. to withdraw fracking water from the Amite River – protecting one of Louisiana’s Outstanding Natural Resource Waters.

December 1st: The National Oceanic and Atmospheric Agency announced new protections for bluefin tuna in the Gulf and beyond.

December 1st: The Gulf Coast Ecosystem and Restoration Council released a Funded Priority List of 50 habitat and water quality projects for funding through RESTORE Act dollars from the BP disaster. While a step in the right direction, GRN will continue to push the council to be more transparent and effectively incorporate public input.

October/November: For the eighth year in a row, GRN had the honor of being a nonprofit partner of the Voodoo Music + Arts Experience. We were able to engage thousands of festivalgoers at our booth, and worked with musicians backstage to advocate for a healthy Gulf – even receiving a stage shout-out from Rise Against!

October: Mike Tidwell, author of Bayou Farewell, was the keynote speaker for our annual Defend the Gulf, Defend Our Culture fundraiser at Chef Susan Spicer’s Mondo Restaurant. Mike also joined GRN on a trip down the bayou to revisit some of the people and places he wrote about over a decade ago in Bayou Farewell.

September 29th: GRN, represented by the Tulane Environmental Law Clinic, entered into a settlement with the city of Hattiesburg, MS and the Mississippi Commission on Environmental Quality over GRN’s Clean Water Act lawsuit stemming from sewage discharges from the city’s sewage lagoons into the Leaf and Bouie Rivers. The settlement requires Hattiesburg to construct a new sewage treatment plant that will reduce pollution into the rivers.

August 22nd: A federal judge upheld the U.S. Fish and Wildlife Service’s decision to designate over 1,500 acres of land in St. Tammany Parish, LA as “critical habitat” for the endangered dusky gopher frog. GRN has been advocating to protect these endangered critters for years.

August: After overwhelming opposition from local residents and groups including GRN, the United States Army Corps of Engineers forced Helis Oil & Gas to re-apply for permit for fracking in St. Tammany Parish, LA.

July 24th: The Gulf Future Coalition co-facilitated the Connecting the Dots workshop in Pensacola, FL, where over 75 participants gathered to engage in dialogue and build community and trust around issues important to frontline communities.

June 19th: The Hinds County Chancery Court ruled in favor of GRN and the Sierra Club, blocking the Mississippi Development Authority (MDA) from opening up state waters to natural gas drilling because the MDA had not undertaken a sufficient economic impact study.

April: For the ninth year in the row, GRN partnered with Aveda salons and institutes across the Southeast during Earth Month to raise money to protect the Gulf’s waters and communities. Thanks, Aveda!

April: GRN co-organized three workshops in Alabama on the National Fish and Wildlife Foundation’s restoration efforts related to the BP drilling disaster, with fifty to one hundred attendees at each event.

April 17th: To mark the 4 year memorial of the BP drilling disaster, GRN helped to organize three press conference and rallies across the Gulf (St. Petersburg, FL; Biloxi, MS; and New Orleans, LA) where residents spoke to the media about the ongoing impacts of the disaster and restoration needs.

March/April: In partnership with our allies in the Gulf Future Coalition, we held a series of 5 “Community Visioning Salons” across the Gulf, culminating in the sixth Gulf Gathering, which included seventy-five participants representing thirty-seven organizations interested in working together to build a brighter Gulf future. 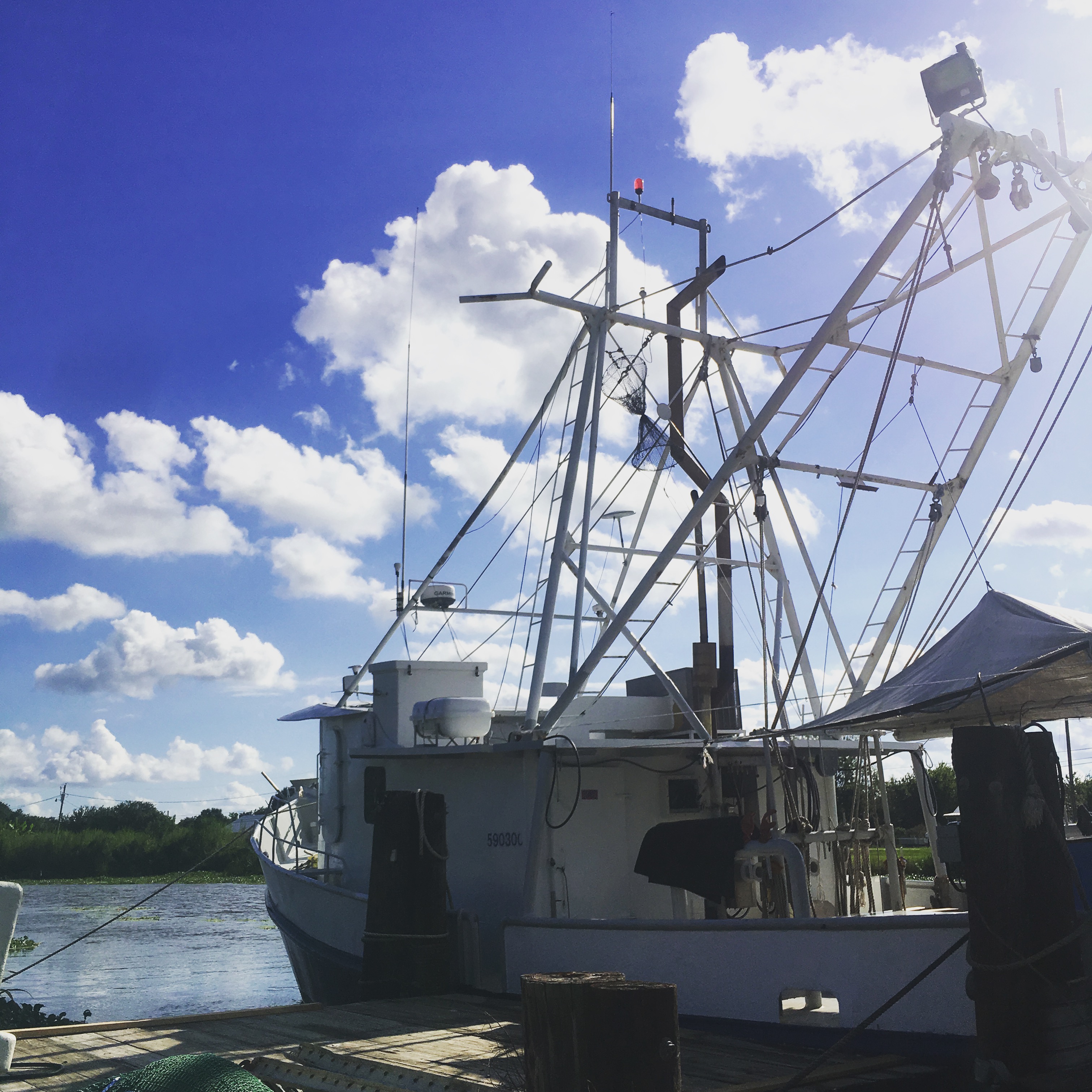 Be the first to know. Receive updates.

Thank you! Your submission has been received!

Oops! Something went wrong while submitting the form :(