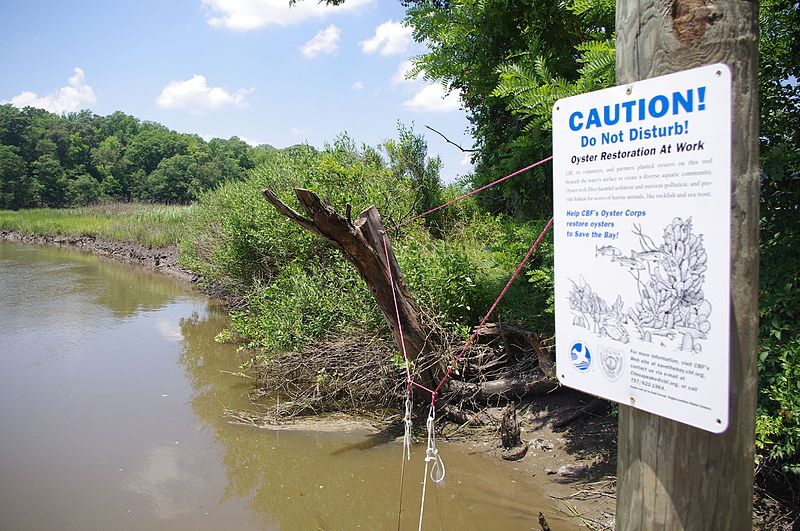 Oysters, a keystone species, play an incredibly important role in both the ecosystem and the economy of the Gulf south. However, oyster populations all around the US are at all time lows. This fact calls for serious measures to be put in place to help restore oyster populations before it is too late. Many areas along the East Coast are implementing sanctuary reefs to help revitalize their oyster populations. ‍

In the Pamlico Sound near the mouth of the Neuse River, there are over 40 acres of protected oyster sanctuary reefs. These reefs were put in place in hopes of restoring the depleted oyster populations in North Carolina. Environmental groups even have hopes of the Pamlico Sound becoming “the Napa Valley of oysters” (aka having a flourishing oyster population). It was clear that harvesting reefs alone would not be able to accomplish this goal; sanctuary reefs could though.

Sanctuary reefs are able to produce 10 times more oysters than other types of reefs, growing back the population at a rapid pace. In Pamlico Sound, although sanctuary reefs only account for 6% of the oyster reefs, they produce over 40% of the overall population.

On top of supporting way more oysters than other types of reefs, sanctuary reefs also seed other reefs with baby oysters. Not only do they produce more oysters, they also help strengthen the populations of existing harvesting reefs. This means that both the ecosystem and the economy would benefit from sanctuary reefs- a win win for everyone. Sanctuary reefs also help make the overall oyster population more resilient and less susceptible to natural disasters. ‍

In 2015, the world’s largest oyster restoration project was implemented in Harris Creek, MD which flows into the Chesapeake Bay. In the Chesapeake, oyster populations are currently at a tiny fraction of historic numbers. This is partly due to pollution and overharvesting.

One of the main push factors for implementing these reefs was the filtration process of oysters. The more oysters in the Bay, the more sediment, algae, nitrogen and phosphorus can be filtered out of the water. With 350 acres of sanctuary reefs put in place, they are able to filter the entirety of Harris Creek in just 10 days. It is hypothesized that these oysters have the potential to filter over 1 million pounds of nitrogen from the Chesapeake which would be beneficial for the entire ecosystem.

These reefs also create habitats for other animals including rockfish, crabs, and filter feeders like mussels and tunicates. The other filter feeders contribute to around 40% of the filtration nitrogen and similar chemicals in the Bay. Additionally, increased oyster reefs help protect against storms and slow the overall process of erosion.

Both of these examples of successful sanctuary reefs provide strong arguments for the Gulf to implement them. Not only would it help the ecosystems in the water, it would also help the economy as they contribute to the growth of harvesting reefs as well.