What is the Dirty Water Rule, and Why Does it Matter? 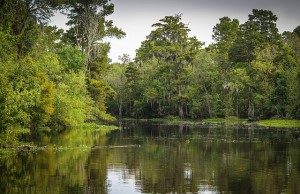 The following is a blog written by Emily N. Donahoe, Legal Intern, from George Washington University Law School Gulf Recovery Network.On December 11, 2018, the Trump Administration submitted a proposal to drastically revise the Obama-era 2015 "Waters of the United States" (WOTUS) Rule. What is WOTUS? And why does this revision to the 2015 WOTUS Rule matter?BackgroundThe term "WOTUS" stems from the Clean Water Act (CWA), which has the stated objective "to restore and maintain the chemical, physical and biological integrity of the Nation's waters." Since the Act's creation in 1972, there has been continued confusion about which waters qualify as a "water of the United States" and allow federal authority over. This question was initially left to the Supreme Court in two landmark cases: Solid Waste Agency of Northern Cook County (SWANCC) v. U.S. Army Corps of Engineers in 2001 and Rapanos v. United States in 2006. SWANCC concluded that CWA authority exists over waters that currently are, used to be, or could become "navigable" (i.e. suitable for transportation). Until the 2015 WOTUS Rule was finalized, Rapanos set the most recent standard with two different tests to determine if the CWA has authority over a particular body of water. The first test, set by Justice Kennedy, stated that a WOTUS exists when there is a "significant nexus" between a body of water and a "navigable" water. The second test, set by Justice Scalia in the minority opinion, required that a WOTUS exists when a relatively permanent body of water is connected to and has a continuous surface connection with a "navigable" water. The 2015 WOTUS RuleDespite the Courts' attempts to clarify what a "water of the U.S." is, confusion continued. During Obama's administration, the Environmental Protection Agency (EPA) and the U.S. Army Corps Engineers (Corps) published a rule - known as the Clean Water Rule (CWR) or the WOTUS Rule - to determine which waters are under federal authority.The 2015 Clean Water Rule defined six categories of "waters of the U.S." and included exclusions for artificial waters, water treatment systems, ditches that only flow in response to rain, artificially irrigated areas, and more. The 2015 Clean Water Rule potentially included seasonal and rain-dependent water bodies, from which one in three Americans (117 million people) receives drinking water. This inclusive language in the rule was received positively by environmental groups and water security groups.Many farmers, ranchers, and developers disliked the 2015 Clean Water Rule, fearing that the broader definitions would result in overbearing governmental regulation and threaten their private property rights, despite the fact that most agriculture is exempt from regulation under the CWA. More than 100 parties filed lawsuits.The 2018 Proposed Revision - the "Dirty Water Rule" The Trump Administration, aims to repeal and replace the 2015 WOTUS Rule. In February 2018, the 2015 Clean Water Rule was suspended for two years until 2020. However, in August 2018, a federal judge concluded that the administration's suspension of the rule violated the Administrative Procedure Act and the suspension was dismissed nationwide, allowing the 2015 Clean Water Rule to take effect in 26 states. The other 24 states are currently operating under the pre-2015 WOTUS Rule(s) set by Rapanos. On December 11, 2018, the Trump Administration published a proposed revision to the 2015 WOTUS Rule. The proposed revision closely resembles Justice Scalia's restrictive test in the plurality opinion of Rapanos and sharply reduces CWA authority over rain-dependent waters and isolated waters.This proposed revision, which many call the "Dirty Water Rule", threatens millions of Americans' drinking water, thousands of miles of small streams that rely on rainwater, and a significant portion of isolated wetlands. Waterways are heavily polluted from upstream activities. In 2015, the EPA published a report concluding there is a chemical, physical, and biological connection between small streams, wetlands, and floodplains to downstream waterbodies such as oceans, lakes, rivers, and estuaries. The proposed Dirty Water Rule would strip protections of rain-dependent waters, isolated waters, and wetlands behind levees, which means that polluting activities upstream would be federally unregulated and would lead to increased pollution downstream, in our rivers, lakes, and oceans.