Wetlands at the ballot box 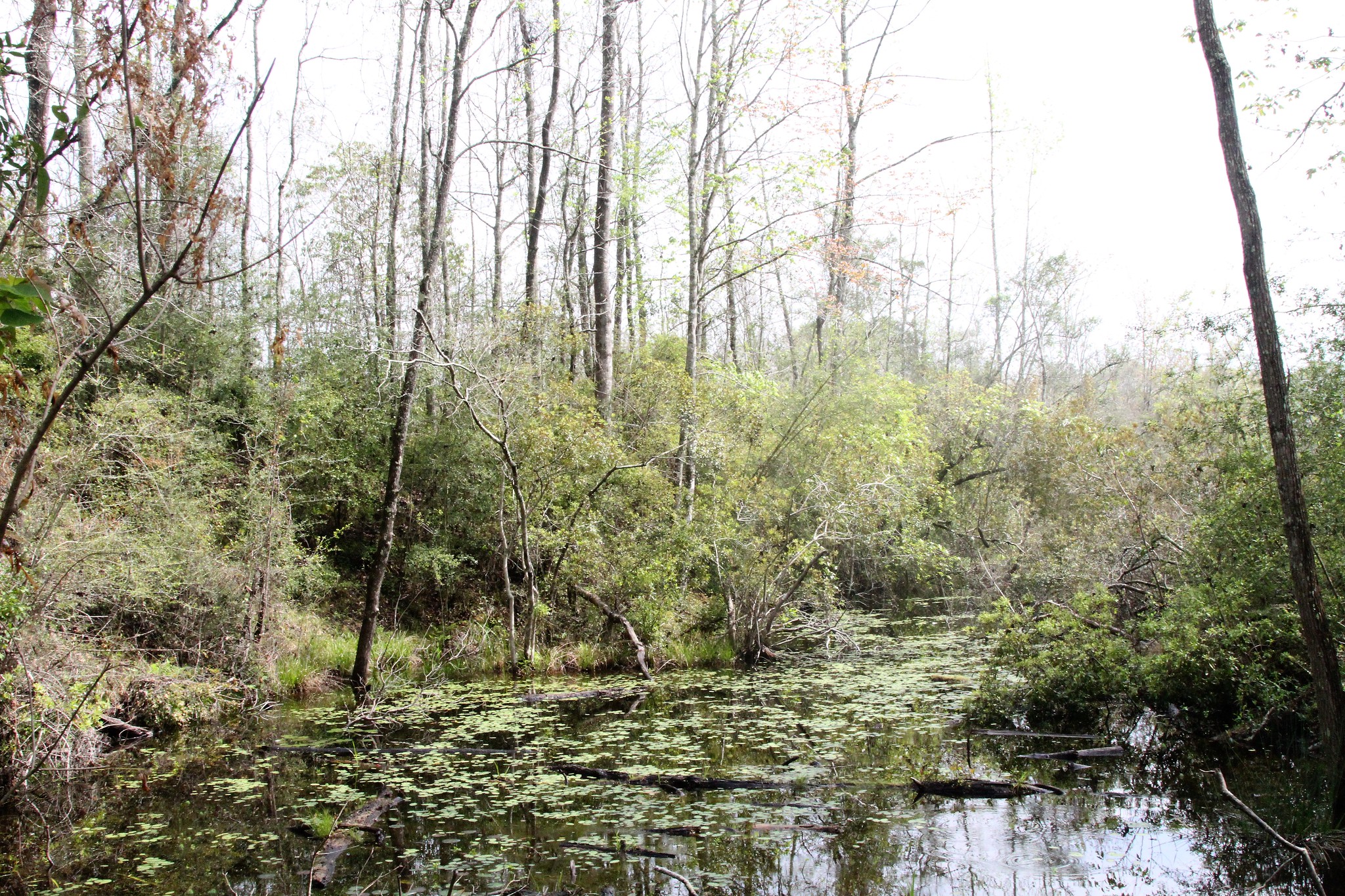 This is a guest blog from Cameron Bertron, a summer legal extern with Healthy Gulf. Cameron, a 3L at Tulane University Law School, is a Gulf Coast native and enjoyer of all things wetlands except mosquitoes.

The Gulf of Mexico is the ninth-largest body of water in the world, and it is in part bordered by the more than thirty thousand miles of coastal shoreline enjoyed by Florida, Alabama, Mississippi, Louisiana, and Texas. Home to some of the most diverse, adaptable, and biodiverse ecosystems in the world, the Gulf Coast also supports a number of highly valuable industries including oil and gas production, commercial fishing, and real estate development. Nearly 40% of the Gulf coast region is comprised of wetlands and other forest ecosystems.

Wetland forests are those in which water covers the soil for part of or all of the year comprised of plants and animals that can tolerate these wet conditions or have adapted to survive exclusively within them.  The humans of the region depend heavily on these areas too: nearly 40% of the South relies on drinking water filtered by wetlands. In 2011, ecotourism and recreation contributed about $48 billion to the South’s economies. And very importantly, the presence of wetlands and other forests provide an invaluable buffer from the effects of extreme weather.

Wetlands are wonderful, but their existence is precarious. Between 1996 and 2010, the National Oceanic and Atmospheric Administration reported that the Gulf Coast lost 992 square miles of wetlands and 5,795 square miles of forest – on average, around one football field of land cover changed or destroyed every two minutes. This changing landscape is concentrated in large portions of Florida, western Alabama, the east coast of Texas, and the Mississippi River Delta. While deforestation due to the timber industry accounts for a majority of this loss, real estate and land development also plays a supporting role: since 1996, developed land in the Gulf Coast increased by about 17%.

Though wetlands and other standing forests are adjacent to some pretty high-risk areas, they have the ability to mitigate some of global warming’s detrimental effects. Wetlands behave like “natural sponges,” retaining water from the surface, ground, and floods, then slowly filtering and releasing it over time. Trees and dense plant life slow the speed of flooding and reduce erosion. In extreme weather, areas with dense tree cover act as a buffer for destructive wind and rain. Both locally and regionally, areas of forested land remain cooler than areas without tree canopy. And wetlands in particular are powerful forces of carbon sequestration, a function which is “essential” to fighting worldwide climate change.

In other words, wetlands are a vital component to life on the Gulf Coast. The more wetlands we lose, the more exposed the Gulf Coast will be to the degradation of the environment when climate change gets hard. Not that it isn’t already measurable: this year, the Mississippi River has been at record highs for record amounts of time. The shrinking wetlands surrounding the Mississippi River used to store sixty days of floodwater. Now they can contain just twelve flood days. The more that humanity allows these vital ecosystems to disappear, the more humanity risks catastrophic damage to its infrastructure, way of life, and lives.

Given these difficult statistics, what can the people who live near wetlands regions do to protect these vital areas? If state and local governments tasked with protecting the health, safety, and welfare of its constituents do not take steps to conserve wetlands, what options remain?

As part of my externship this summer with Healthy Gulf, I was tasked with researching ways that voters in the Gulf Coast region might be able to act to conserve wetlands areas where their state and local governments did not. Twenty-four states in the US include a provision in their constitutions for ballot initiatives, which are laws written by individuals or coalitions in the state or city that bypass the typical legislative process and put lawmaking in the hands of the voters themselves.

The initiative process begins when a group or coalition writes legislation in the form of a petition. Each state’s specific process is different, but the major steps are very similar. The first step is to acquire enough signatures in support of the initiative. Once the petition has secured enough signatures, it is submitted to the supervisor of elections, who then must verify that all the signatures come from registered voters in the requisite jurisdiction and determine if the language of the proposed law or amendment is in accordance with the state’s constitution. Most states also require that the petitioner sponsoring the initiative consider the economic impact of their proposal.

Once the petition makes it through the evaluation process, it will appear on the ballot in the next election for voters to decide. Of the five states that border the Gulf of Mexico, only Florida and Mississippi allow voter-initiated ballot initiatives at the state level, and only allow them in the form of constitutional amendments. Louisiana and Texas permit some types of local governments (“charter cities”) to provide for an initiative process, and the process is largely the same as at the state level.

Since 2009, only Florida has passed any conservation legislation in this way. In 2014, voters in the state overwhelmingly supported the Florida Water and Land Conservation Amendment, which reallocated a third of tax revenue collected from real estate transactions into a fund meant to acquire and improve wetlands, forests, and animal habitats. And in 2015, environmental advocates filed suit against the Florida Legislature for spending the money in that trust on administrative and overhead costs. The case at the trial court found for the plaintiffs, but the Legislature appealed. Oral arguments were held July 9, 2019.

To read my full report on ballot measures and wetlands in the southeast, click here.