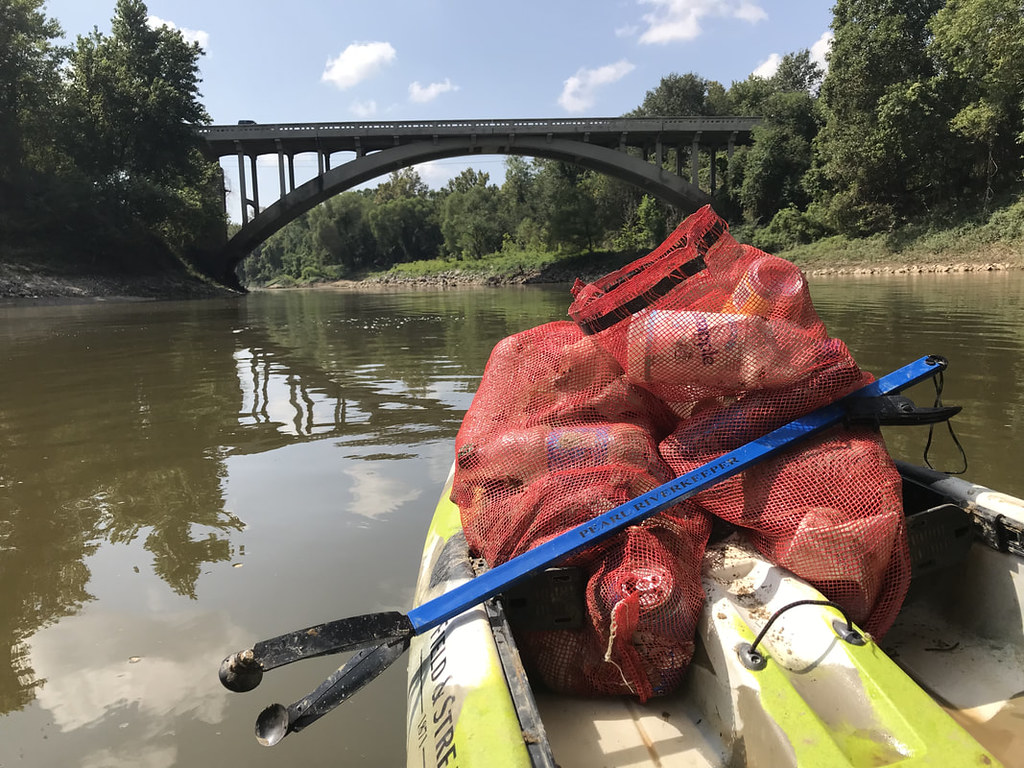 This summary of news relevant to the Pearl River so far in 2020 includes notes on Jackson's "One Lake" project, recent letters to the Secretary of the Army from Louisiana and Mississippi, Jackson Mississippi's continuing sewage spills, the Pearl River Map Turtle's status under the Endangered Species Act, and the Pearl River Clean Sweep - river clean up days in September.

Healthy Gulf does periodic roundups of news about the Pearl River in Mississippi and Louisiana, and here are some notes from the first eight months of 2020.

‍
On February 10th, the Rankin Hinds Pearl River Flood and Drainage Control District (The Drainage District) submitted its Final Environmental Impact Statement (EIS) for the “One Lake” project to the Pentagon for Army Assistant Secretary for Civil Works, R.D. James. Since then, the Army Secretary and the Drainage District have been exchanging comments about the Final EIS. No word yet on a publication date, but the public comment period will be short this time - 30 days.

‍
“One Lake” is a flood control alternative for Jackson that would transform 10 miles of the Pearl into an urban waterfront by placing a new low-head dam or weir at Richland, Ms. downstream of the Interstate 20 Pearl River bridge. The plan calls for removing 1800 acres of wetlands and riverbanks, widening and dredging the river into a 1500-1900 acre lake, with the Drainage District owning and leasing the shoreline for future commercial developments.

‍
Louisiana Legislative District 75 Representative Malinda B. White of Bogalusa wrote Army Secretary James a February 20th letter from her District asking him not to allow the “One Lake” project in Jackson, Ms. to further impact the Lower Pearl River. She requested a full study of the Pearl River watershed looking comprehensively at the river’s problems and asks for repair of existing damage to the river by the Ross Barnett Reservoir before considering any more alterations or impoundments upstream.


Audubon Mississippi, Sierra Club, Healthy Gulf, and Monticello Ms. Mayor Martha Watts held a February 27th news conference on the banks of the Pearl River in Jackson to ask the Rankin Hinds Drainage District to consider other less harmful alternatives for flood control, and to release the Fish and Wildlife Coordination Act Report that the U.S. Fish and Wildlife Service prepared on the “One Lake” project. One day after the TV and print media coverage in Jackson, the Drainage District posted the report on its web site: https://rankinhindsflooddistrict.ms.gov/

‍
Almost half a billion gallons of raw sewage leaked directly to the Pearl River from the City of Jackson's West Bank Interceptor sewer line during the heavy rain and flood events of the first 3 months of 2020.  The largest single-day leak occurred on January 11th as 6,831,520 gallons of raw sewage flowed from one manhole and reached the river.

‍
During the same quarter of Jan-Mar 2020, 36 additional Sanitary Sewer Overflow (SSO) discharges to "Waters of the State" along the Pearl occurred.  Prohibited bypasses at Jackson’s Savanna Street Wastewater Treatment Plant (WWTP) released 5.7 billion gallons of minimally treated sewage to the river.  First quarter 2020 Prohibited Bypasses were larger than the bypasses for the entire year of 2019.


On June 19, 2020, the Mississippi Department of Environmental Quality (MDEQ) revised the Jackson-area Water Contact Advisory (first issued in May 2019) to include four additional urban creeks. In total, 20 miles of the Pearl River from its confluence with Hanging Moss Creek in Jackson to the Swinging Bridge at Bryam, Ms., and 12 of its Jackson-area tributaries remain closed for water contact activities such as fishing, wading or swimming. The restricted area of the Pearl River fits mostly within the ten mile "One Lake" project area.  If built, the resulting new recreational lake would be subject to Jackson’s continuing sewer infrastructure and water quality problems.

‍
Healthy Gulf, via Tulane Environmental Law Clinic, sent Freedom of Information Act (FOIA) letters to Army Secretary James in D.C. and to the Drainage District in mid-July asking that two independent reviews of the “One Lake” project be shared now. These outside reviews of the One Lake project, the Agency Technical Review (ATR) by the Army Corps of Engineers and the Independent External Peer Review (IEPR) by Battelle Institute (defense/engineering contractor) were complete in February, and should be published.

‍
These issues stand out: 1) The Pearl River has historic impacts from damming in the 1960s that must be examined and repaired for the sake of downriver communities, 2) The river has ongoing water quality problems and the state’s continuing advisories declare the urban section in Jackson to be unsafe for recreation due to high concentrations of sewage bacteria, 3)  The Rankin Hinds Drainage District isn’t heeding these problems or the downstream concerns and will move ahead on seeking federal approval for “One Lake” as its preferred flood control option.

‍
The Drainage District is a two-County levee board and is the non-federal sponsor for the project. It has kept a tight grip on data since the One Lake scoping process began in 2013. Writing the Final EIS has been a three to four million dollar project with $1 million of state (taxpayer) money coming from the Mississippi Development Authority via former Governor Bryant. Why would a Drainage District with a board made of Jackson area mayors continue to push a lake project on a badly impacted and impaired river and keep a tight lid on project information when mayors and governments downstream oppose this option and raise very reasonable and important questions?

‍
A lawsuit by Healthy Gulf and the Center for Biological Diversity was settled in July by the U.S. Fish and Wildlife Service which agreed to produce Endangered Species Act (ESA) listing determinations on the Pearl Map Turtle and Pascagoula Map Turtle which were found by research on morphology and DNA to be separate species in 2010. The Service has a deadline of the end of October 2021 to make recommendations on whether these turtle species, endemics in their respective river systems, should be listed for protection under the Act.

‍
Also, the Pearl River Clean Sweep is being held September 19th, down the entire length of the river, minus the restricted section in Jackson. This massive volunteer cleanup is coordinated by the Pearl Riverkeeper, Abby Braman. Details at: www.pearlriverkeeper.com