The Yazoo Pumps are a bad deal for the Mississippi Delta 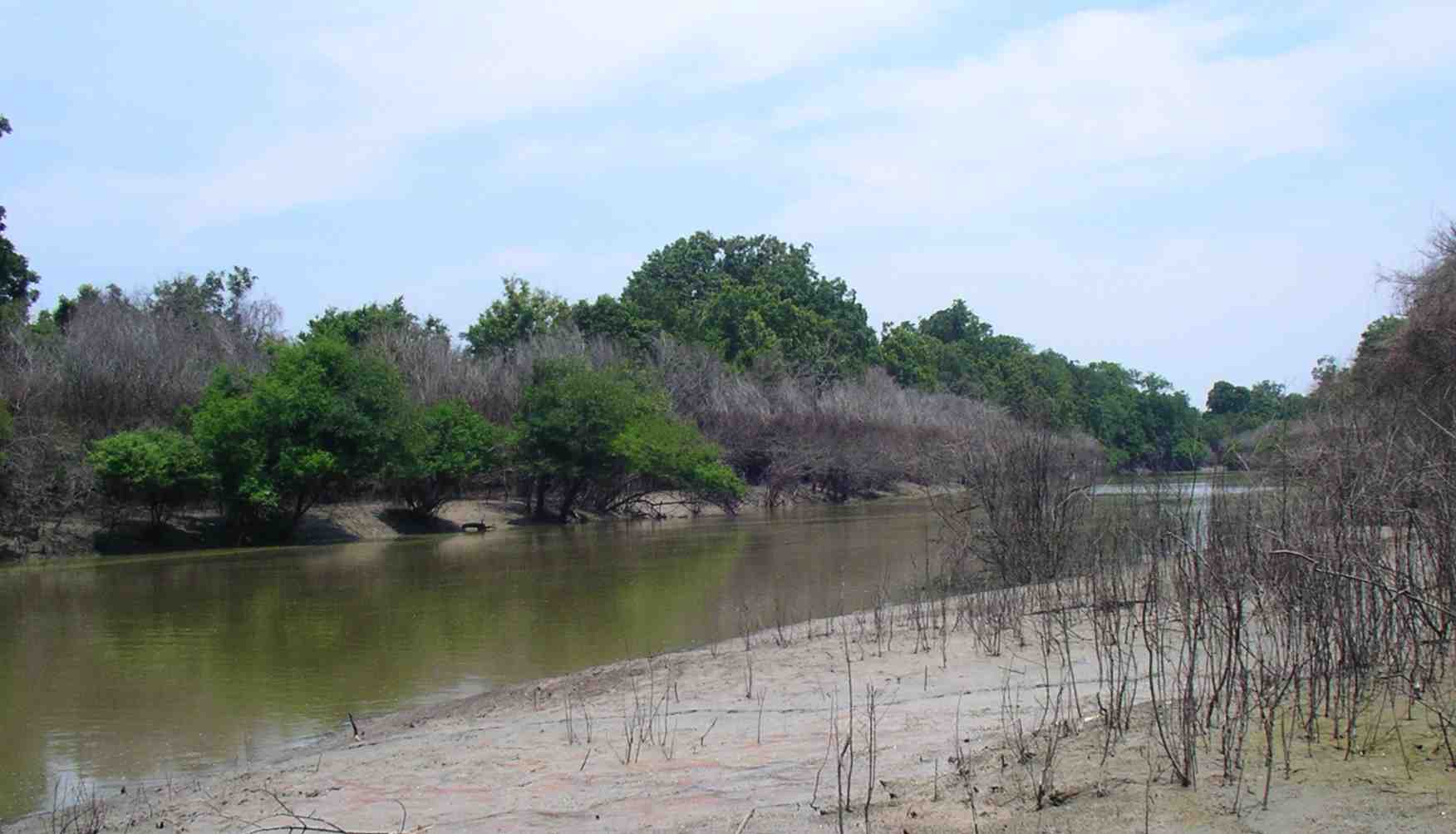 We need your help to stop a project that would cost $400 million dollars, destroy 200,000 acres of wetlands, and only be 32% effective at stopping flooding—leaving 68% of the recently flooded Mississippi Delta vulnerable to future floods. The Yazoo Pumps simply don’t add up for communities impacted by flooding or for taxpayers.

The problem to be solved in South Mississippi Delta Counties known as the Yazoo Backwater Area –a sump bounded by two levee systems - is how best to give flood relief to people in the towns and communities there. Solving this problem without converting thousands of acres of wetlands there to more crop land is an issue of focus for Healthy Gulf. Installing a massive, 100% federally funded pumping station to send water out of the backwater into a higher, flooding Mississippi River is one idea backed by entrenched and powerful Mississippi agricultural interests. Another way to solve the problem for these communities is through elevations of homes and businesses,flood-proofing, and through buyouts of repeatedly flooded properties, funded by federal post-disaster monies. Over six decades, Mississippi hasn’t convinced Congress that the Yazoo Pumps are in the national interest, but the Army Corps and the Counties in this region have not given up on the pump project.

In 2008, the U.S. Environmental Protection Agency (EPA)vetoed the “Yazoo Pumps” under the Clean Water Act. EPA has used its veto power only 13 times. The pump project looked like it had been laid to rest in 2008.In the last two years, in the wake of back-to-back floods, the state of Mississippi, the Army Corps and Big Ag have resurrected the pump idea and are asking the EPA to rescind the George W. Bush Administration’s veto.

Before the veto, when comprehensive public comments were last solicited for the Corps’ Draft Environmental Impact Statement on the pumps,the total area of wetlands projected to be converted by a pumping plant was between 67,000 and 200,000 acres. Different wetland modeling methods gave different estimates and federal resource agencies could not agree about the scope of wetlands threatened by pumps. Keeping to the conservative side, 67,000 acres translates to 104 square miles of wetlands of varying types that, through the use of draw down pumps, would gradually be converted to agricultural fields and otherwise be drained or lose their wetland characteristics in the south endof the Mississippi “Delta” in Warren, Sharkey, Humphreys, Yazoo and Issaqueena Counties. Of all the projects that might alter, drain, fill or convert land from wetlands to another use, no single project in the Mississippi River states comes close to the scale of adding pumps to the Yazoo Backwater Area. This 104 sq. mi. area would be the largest single federally sponsored wetlands conversion project in decades.

The scale of the flooding into the Yazoo Backwater Area from the main stem of the Mississippi River was broad in 2018-2019, and people in the affected Counties suffered. Homes, other buildings and roads were flooded for months, and agricultural fields were covered by water well past crop planting time, with the result that farmers in affected counties missed the 2019 growing season. The 2018-2019 Mississippi River Flood was also accompanied by a very wet year inside the Yazoo River drainage basin. Three of the four large Corps of Engineers flood control lakes in the headwater streams of the Yazoo River became so full that they produced water over their upper spillways,which was unusual. The Yazoo Basin and the Mississippi River Basin have both experienced a series of wet years, and 2020 is continuing the trend.

In 2019, 512,000 acres flooded as the water inside the Yazoo Backwater Area (YBA) reached 97.2 feet above sea level. A June 2019 Corps of Engineers Mississippi River Spring Flood presentation revealed that even with a pumping plant in place that started pumping water over levees into the flooded Mississippi River when the water reached 87 feet above sea level inside the YBA,the rainfall within the Yazoo River Basin was so great in 2019 that pumps could have only lowered the level of the water to 92.93 feet. This would have still left 347,000 acres with water on them. Pumps that only solve 32% of a flooding problem in a year like 2019 would leave many people still suffering. More years like 2019 seem likely with a wetter, warmer climate. As a matter of value for money spent, the number of people served, and the amount of land that remains flooded even if pumps are installed,  we question whether pumping adequately solves the problem.

Healthy Gulf has long supported a different direction for flood damage reduction in the Yazoo Backwater Area. In 2000, EPA described an alternative to the Yazoo Pumps that included the accelerated use of farm programs such as Wetlands Reserve (WRP) and Conservation Reserve Programs (CRP),purchase of flooding easements, purchase of conservation easements and targeted flood-proofing to protect communities from flooding such as: elevation of homes and businesses and relocations. These still make sense and Healthy Gulf supports their use over pumping.

Under pressure from the Army Corps, agricultural interests and the State of Mississippi, EPA is weighing the merits of rescinding its 2008 pump veto. As it decides whether pumps or another path for flood risk reduction should happen in the south Delta Counties, it also must evaluate the large investment that the federal government has made there. The current Conservation Reserve Program (CRP), Wetland Reserve Program (WRP) and similar Farm Service Agency/USDA programs have protected thousands of acres of wetlands on private land in these counties. The United States Government has also spent federal funds buying and managing floodplain forest and other public wetlands in the Delta National Forest and Panther Swamp National Wildlife Refuge. No agency has adequately confronted how pumps would change wetland acreage and function over time, and otherwise affect federal investments here, and the considerable,nationally significant wildlife resources that they support. The economic value of wetlands on both public and private land is significant. The annual leasing of thousands of acres of land for duck and deer hunting generates reliable income for landowners, and outdoor activities on public lands contribute to the region's economy.

Due to the limitations of pumping to solve all the flooding,and the existence of other less environmentally damaging alternatives, Healthy Gulf has consistently asked that the Environmental Protection Agency uphold its 2008 Clean Water Act Section 404 (c) veto determination for the Yazoo Backwater Pumps.

Now, the Army Corps has published a notice of intent to write a new Supplemental Environmental Impact Statement that revives a pumping alternative if EPA rescinds the 2008 veto made under Clean Water Act authority. Army Corps in-house research teams produced new data, collected in Delta National Forest lands, showing that wetlands in the backwater area are more influenced by rainfall than by river flooding. Does the source of the water really matter if the ultimate goal for industrial agriculture is to use pumps to convert as much of 200,000 acres of wetlands as possible to crop land? The converted wetlands may be more influenced by rainfall than river flooding, but after they are drained, cleared and precision-leveled to increase the region’s corn, soybean, rice and cotton production, that distinction won’t matter.

Join Healthy Gulf in opposing the Yazoo Pumps with your own scoping comments to the Army Corps.