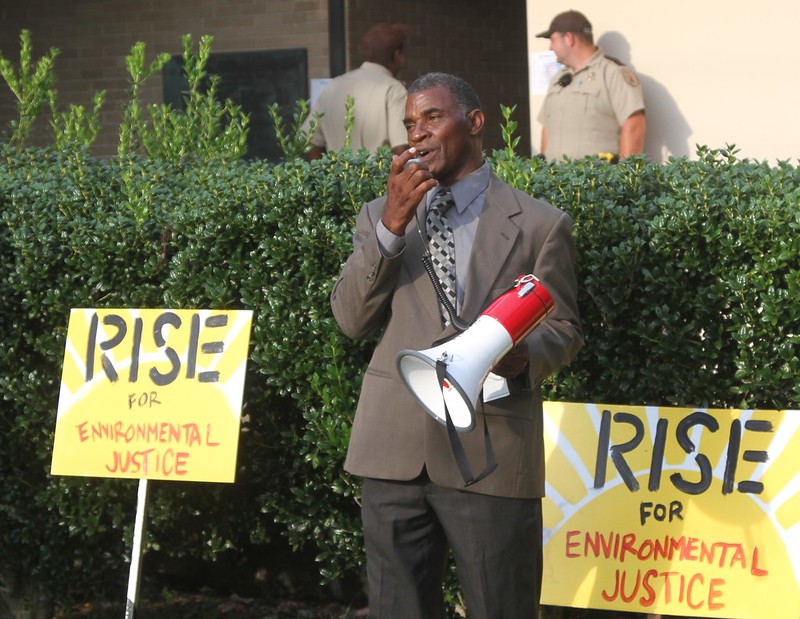 On April 20th the Louisiana Senate President signed SCR20, a resolution in support of the state’s commerce relationship with Taiwan. The resolution explicitly named the Taiwanese corporation Formosa and its planned facility in St James parish, lauding the development as an investment in the state that would represent “quality jobs” for the region.

Formosa’s St James facility would be one of the largest plastics complexes in the world. Proponents of the plant tout its jobs numbers - claiming an estimated 1200 new jobs would be created. But any jobs Formosa might bring should be weighed against its costs to St James Parish and the state of Louisiana.

The project would receive $1.5 billion in state and local tax breaks -- money that could otherwise be allocated towards education, infrastructure and services. Formosa’s environmental costs would be devastating for a state still reeling from last summer’s Bianca plastic pellet spill. Local restaurateurs and fisherfolk like Outlaw Katfish’s Joey Fonseca worry about how the plant could affect Louisiana’s seafood industry, especially after Formosa’s illegal toxic waste dumping in Vietnam led to the deaths of thousands of fish in 2016. According to the EASIUR model, used to estimate health costs of emissions, Formosa’s releases of particulate matter 2.5, nitrogen oxides and sulfur dioxide would cost an estimated $63,666,272 in public health expenses.

While the SCR20 vote was largely symbolic, it’s worrisome that our state legislators would ignore the environmental threats and public health costs posed by Formosa Plastics. SCR20’s passage also comes in stark contrast to decisions made by local communities downriver from Formosa. On April 8th the New Orleans City Council voted unanimously to pass Resolution 92 condemning Formosa after receiving over a hundred public comments in support of the motion. On April 12th the Westwego City Council moved forward with Resolution 2021-04(B), similarly rebuking Formosa for its potential environmental impacts.

While Louisiana has long been reliant on the chemical industry, perspectives are starting to change. Councilwoman Helena Moreno put it best in the April hearing on Resolution 92: “We can protect our environment. We can ensure that people’s health is prioritized. We can create jobs. But we shouldn’t be so reliant on just the petrochemical industry to create all the jobs. It’s time to look at other industries. Other states are certainly doing that and they are helping new and emerging businesses grow and prosper.” These votes in Westwego and New Orleans demonstrate that Louisiana communities are getting educated about the costs of industrial pollution and beginning to look for better options. It’s time our state legislators do the same.