The battle over energy: An update from the FL Legislature 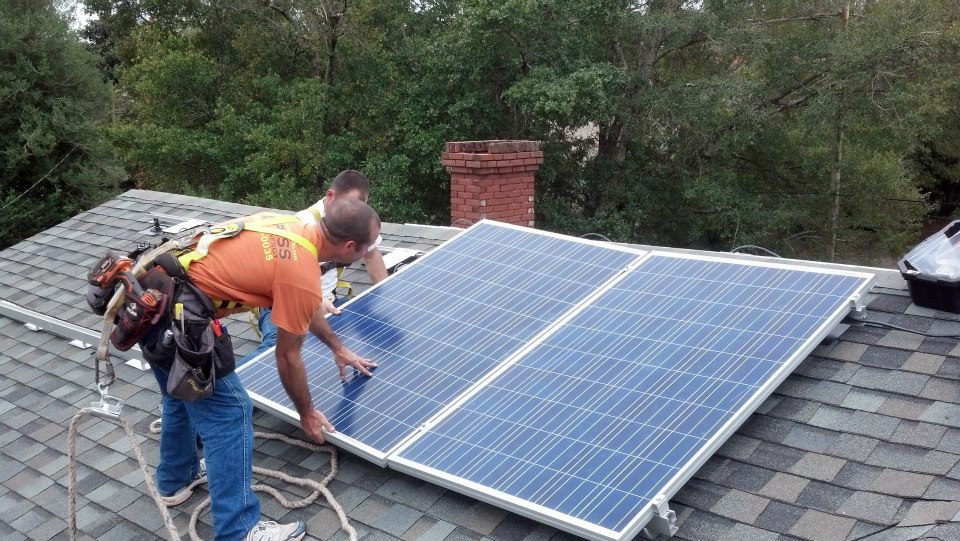 Solar panels being installed on a home in Pensacola, Florida.

There’s a fierce battle taking place in Florida, and the battlefield is the 2021 session of the Florida Legislature. On one side are the citizens of Florida, a majority of whom want action on climate change and access to more solar energy for the Sunshine State. On the other side are fossil fuel companies and monopoly utilities that want to control access to energy and to continue selling the dirty energy that is polluting air and water, heating-up the planet and drowning Florida’s shorelines.

After years of inaction, lawmakers have heard the pleas of citizens, businesses and local governments struggling with flooding from rising seas and stronger rainstorms. Legislation (SB 1954/HB 7019) is moving forward that would establish the Resilient Florida Grant Program to issue grants to local governments to fund measures for flooding and sea level rise. This could be seawalls and living shorelines, elevating or even moving structures to get them out of flood zones, and projects to control stormwater runoff. It also directs the Florida Department of Environmental Protection to assess flood vulnerability and sea level rise and to update that assessment every three years.

This is a very good thing for Florida, though it comes at a time when the impacts of climate change have already caused tremendous damage and created critical situations in many communities. And while this will start to address some of the most immediate impacts of climate change, the Legislature continues to be unwilling to address the root cause of these impacts: The burning of coal, oil and natural gas for energy.

Multiple bills introduced into this session would take away the ability of local governments to regulate energy infrastructure ranging from pipelines and oil drilling rigs to solar panels, to restrict access to fossil fuels such as natural gas or to require clean energy infrastructure, or to set goals of transitioning to 100% renewable energy as 11 Florida cities have done. These so-called “preemption” bills take power from Florida’s cities and counties and restrict the power to regulate to state government. The flurry of preemption bills on energy and other issues is not driven by any type of political philosophy that says that state legislators always know best, but rather by the power of big utilities and fossil fuel companies that legally purchase influence in Tallahassee through campaign contributions and lobbying. If passed, these bills would slow the state’s transition to clean energy and restrict citizen access to that energy for their own home or business.

SB 856/HB 839 would invalidate county and city comprehensive plans that restrict land use related to fossil fuel and renewable energy. SB 1128/HB 919 proposes to take away the rights of local governments to decide how our buildings are powered, such as banning natural gas as an energy source in new construction, something happening in other states as the environmental and public health impacts of natural gas become more apparent. This bill would likely make any municipal commitment to 100% clean energy impossible to meet.

And while utility-scale solar farms are a vital part of our energy future, SB 1008/HB 761 allows utilities to build huge solar farms without the approval of the local government, ignoring local people that should have a say as they do with other land development projects. This is being pushed by Gulf Power and Florida Power and Light after one of their proposed solar farms was denied by the Walton County Commission.

Meanwhile, legislation that would accelerate our state’s transition to renewable energy, give Floridians the better access to the solar energy that they want, and deal with the root cause of climate change is not advancing thus far. SB 720/HB 283 would create a renewable portfolio standard requiring utilities to meet clean energy goals, something that 37 other states have already done. SB 1718/HB 1611 would make it legal for local school districts to use power purchase agreements (PPA) to get solar panels installed on school rooftops, saving millions of dollars on utility bills that could then go toward school upgrades or teacher pay. PPAs allow an entity to go solar at no upfront cost, with a long term agreement to purchase the electricity produced by the panels and at a cost lower than offered by the local electric utility. Right now Florida is one of only four states that essentially forbids this creative financing model in order to protect investor owned utilities from what they consider to be competition.

Would you like to help move Florida toward a clean energy future, with cleaner air and water and better public health? Then talk to your state elected officials. If you are a FL resident you can click here to send an email to your elected officials supporting clean energy and local control of energy resources.