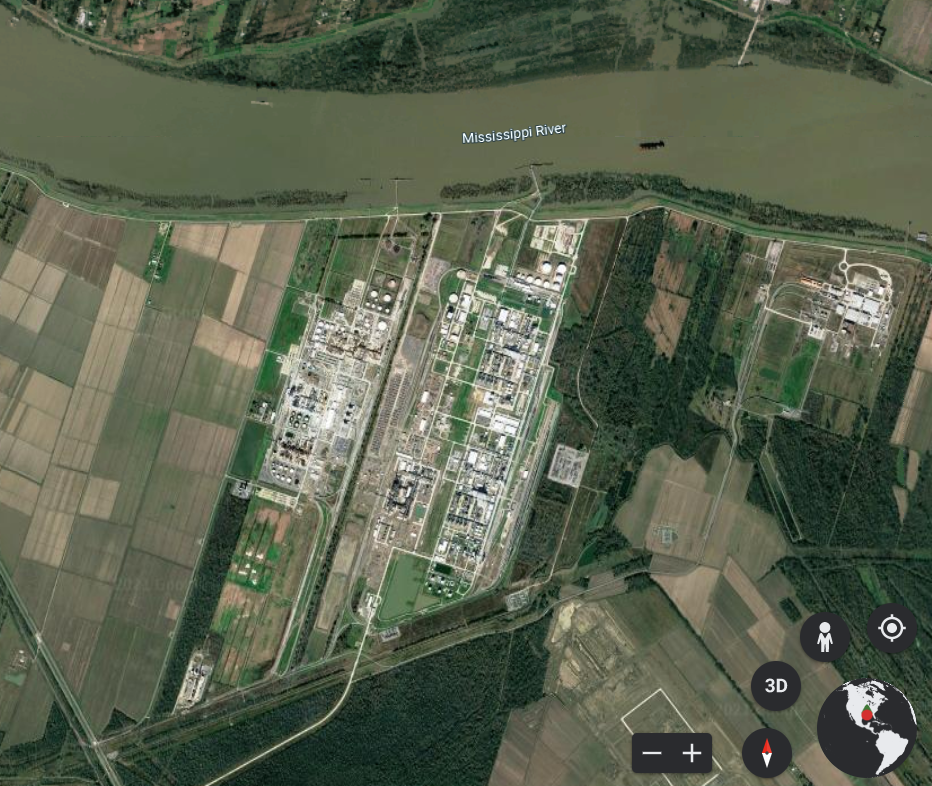 This was a collaborative piece written by Michael Esealuka with data analysis and graphics done by Naomi Yoder, Staff Scientist.

On Tuesday, January 26th, Governor John Bel Edwards announced that Shintech is planning a $1.3 billion expansion in Iberville and West Baton Rouge parishes. Shintech is the world’s leading manufacturer of polyvinyl chloride resins, or PVC, and its facilities have expanded relentlessly since 2008. This slated expansion would create 35 new jobs, but at what cost to human health?

Here are the facts:

1 According to ERIC Louisiana datasets https://www.deq.louisiana.gov/page/eric-public-reports

Healthy Gulf used EPA tools to calculate the healthcare cost burden of six pollutants emitted by Shintech. We estimate that since 2000, Shintech has cost at the very least 1.9 billion dollars in healthcare costs to people living adjacent to their two chemical plants. And this number doesn’t even include the healthcare costs associated with COVID-19, or of the vinyl chloride or vinyl bromide that Shintech emits into our air. In fact, this figure only includes estimated impact from 6 of the 42 air pollutants.  Two billion dollars is a shocking sum, and it’s likely that the costs to human health associated with Shintech’s plants are significantly higher. But you can’t put a dollar amount sum on human life or the quality of life lost due to this toxic facility. We do NOT need this expansion.

The Shintech expansion is the latest offense in Louisiana’s long history of centralizing deadly, toxic emissions adjacent to Louisiana’s Black communities. Even now, as we come off the heels of last summer’s “Black Lives Matter” protests - the broadest reaching protest movement in US history - Louisiana’s elected officials and regulatory bodies still refuse to acknowledge the right of Black communities to breathe clean air and drink clean water.

Both of Shintech’s chemical plants are located in Cancer Alley, the stretch of land along the Mississippi River between Baton Rouge and New Orleans, home to over 200 chemical plants and some of the most polluted air in the nation. The cumulative impacts of all the major industrial sites in Cancer Alley, as well as the consequences of the coronavirus pandemic that are made worse by toxic air, are stealing the right to thrive from our Black communities in Iberville, in West Baton Rouge, in St James, and beyond.

We are standing up for our communities. Organizations led by fenceline residents like RISE St. James and the Concerned Citizens of St John the Baptist are fighting, and will continue to fight, for clean air, clean water and healthy, sustainable jobs. We will no longer accept this false choice of good jobs or the right to survive. We are organizing for sustainable industry in Southeast Louisiana to ensure that good, green jobs come to the most impacted communities first.

The last three Shintech expansions produced no new additional jobs. Our people do not need more toxic air, we need sustainable, renewable industry. We need political leaders who are elected by the people to fight for the people, not for a dirty, polluting industry that isn’t even held accountable when it is responsible for horrendous pollution and safety violations. All we demand is the right to live.