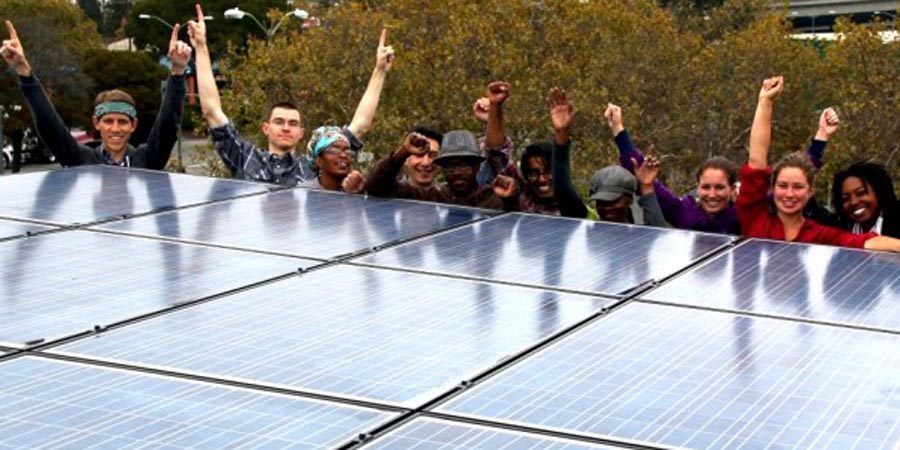 Elections create change, and change creates opportunities. And so it is with Election 2020, as the prospects of action on climate change and an end to the dirty and dangerous business of offshore drilling seem much closer.

After many years in which Healthy Gulf and a broad coalition have fought against the continued expansion of oil and gas drilling in the Gulf, its closing chapter could be in sight. President-elect Joe Biden ran on a platform that included a transition to renewable energy, an end to Federal subsidies for the oil and gas industry and a pledge for no new drilling on Federal lands—including offshore. It’s an incredible feeling to think that I could soon be able to dip my toes in a Gulf of Mexico in which drilling is being phased-out, and that perhaps in my lifetime the Gulf could be free of rigs altogether.

These are pledges that no incoming president has ever made, and they reflect a country in which a majority acknowledge that climate change is real and deserves action. An even bigger majority strongly support more development of renewable energy—mainly wind and solar.

President-elect Biden has also pledged that the US will rejoin the Paris Climate Agreement, that he will push Congress for enhanced funding for renewable energy development and a formal plan that gets our nation to 100% renewable energy by 2050. If acted upon, the 2050 plan would be the most aggressive Federal action ever on climate, as it would formally chart an end to the fossil fuel era.

Notably, one of President-elect Biden’s pledges is to take care of workers whose fossil fuel jobs will go away in the transition, providing job training opportunities that will help provide workers for the millions of clean energy and energy conservation jobs the transition will demand. He has also pledged a renewed Federal effort to rectify the vast disparities in environmental and human health suffered by so many lower income and communities of color that are often adjacent to polluting industries. Biden even used the term “fenceline” in speaking about environmental justice communities during one of the presidential debates—surely the first time this term has ever been uttered in such a forum.

Interestingly, many of Biden’s pledges align with general elements of the Green New Deal. Though his renewable energy pledge lags far behind the Green New Deal’s goal of a clean energy transition by 2030. It’s also true that any Federal legislation will have to draw at least some bipartisan support from what looks like will be a divided Congress.

In Florida, the election results are not likely to bring any major changes in climate policy at the state level, though there is some reason for hope. Last year the Florida Legislature passed one of its only climate-related pieces of legislation ever, requiring sea level rise impact studies for any construction projects using state funding. There are increasing numbers of voices in the Legislature for climate action, though the body as a whole still seems reticent on climate action.  Much of this can be attributed to a small government approach of many more conservative legislators, and the power of Florida’s monopoly electric utilities.

Polling shows that solar energy is by far the energy source favored by most of Florida’s residents, yet three fourths of our electricity is powered by natural gas. And most of the state’s transportation system still relies on petroleum to push people around a Florida that is still being designed around cars rather than more diverse transportation choices.

Sadly, only about 1% of the state’s electricity is produced by solar, mainly because lawmakers have not encouraged renewables and have even passed legislation that limits the ability of residents to install solar on their own homes by limited access to certain financing options. This has been done to protect investor-owned utilities from competition, as a kilowatt made at home is a kilowatt that does not need to be purchased from an electric utility. Next door in Alabama it’s even worse, as policymakers have passed major legal barriers to solar energy to—you guessed it—protect the powerful monopoly utilities from competition.

With solar energy so popular among Florida residents, there is hope that State lawmakers could work to ease restrictions on solar financing in Florida. This is what happened in neighboring Georgia, where a coalition of conservatives who wanted the government to regulate energy less and open-up the marketplace, got together with environmentalists who wanted to see the expansion of solar energy. They called it the “Green Tea coalition”

Even without state action, local governments in Florida are continuing to make pledges to take their cities to 100% renewable energy. Ten cities and counting have made the pledge, and we are working hard to get more such commitments and for them to include a justice component—especially in Pensacola. With climate change as the epic challenge of our time, and the deep connection between energy and our environmental, economic and social health, climate action must also be climate justice.