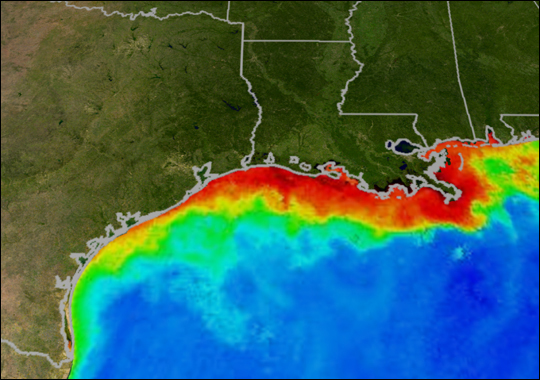 Today, scientists from Louisiana State University (LSU), the Louisiana Universities Marine Consortium (LUMCON), and National Oceanic and Atmospheric Administration (NOAA) announced the results of their recent expedition to map the size of Gulf Dead Zone-- 6,952 square miles, or about the size of New Jersey. While not as big as originally estimated, likely due to Hurricane Barry, this is the 8th largest Dead Zone ever measured and well above the Hypoxia Task Force’s goal.

From this historically large Dead Zone to the Toledo drinking water shutdown in 2014 to the 2018 Florida toxic algae infestation, Dead Zone-causing pollution is getting worse and is putting public health and ecosystems at risk.

The Dead Zone causes untold costs to the $2.8 billion commercial and recreational fishing industries in the Gulf, which are so integral to our economy and culture. Low oxygen levels also threaten oysters, an integral part of living shorelines that protect our coast. Harmful algae blooms from pollution are stifling the vibrant tourism industry all along the Gulf Coast. The time to protect our environment and economy from nitrogen and phosphorous pollution is now.

We can reduce the size of the Dead Zone, but this would require new policies and actions from the federal government, states, and industry. The Hypoxia Task Force - the federal and state agencies tasked with coordinating the reduction in the size of the Dead Zone - has been in existence for over 21 years, and yet reductions in Dead Zone-causing pollution are not happening in the Mississippi River or the Gulf. Nitrogen and phosphorus pollution levels in the Mississippi River are 150-200% higher than Task Force’s goal. Nitrate levels have not gone down, and phosphorus levels have actually increased.

The vast majority of Mississippi River states have also not set numeric nitrogen and phosphorus pollution standards, which could help set targets, identify hotspots for Dead Zone-causing pollution, and provide accountability through regulation.

If governments and industry don’t change how they are doing business, we are only going to see this pollution get worse.

The researchers’ full press release can be found here.