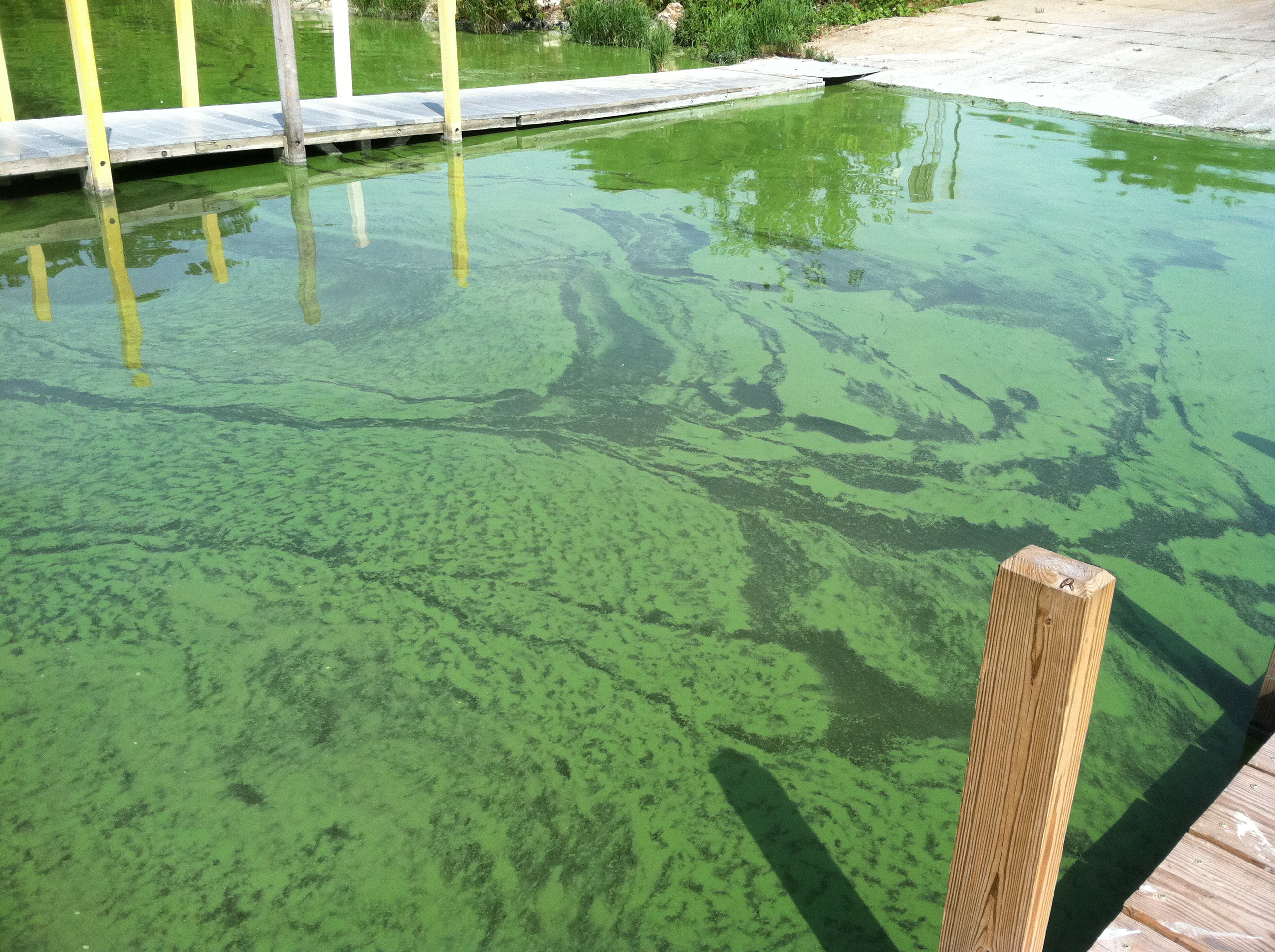 Algae blooms can turn waterways into a green mess, and can be harmful to both people and wildlife.

It’s early July and high season on the northern Gulf coast beaches of Northwest Florida and South Alabama where I live. Hundreds of thousands of visitors are here for their annual beach vacations, making memories with friends and family as they swim, fish, and enjoy our beaches and waters.

But is the water safe for swimming? In some cases, the answer is no.

In areas where stormwater drains are channeled to the beach the water is often contaminated following heavy rains or sewage spills. That’st he case in Panama City Beach, FL, where an antiquated system of storm drains funnel water from parking lots and developed areas right into the Gulf without any treatment at all. A section of beach there has been closed to swimming for three weeks.

The most common human health threat in our waterways comes from bacteria, viruses, and other pathogens that are commonly swept into waterways following heavy rains. These are disease-causing organisms that live in the gut and intestines of warm blooded animals, including humans. Exposure can cause illnesses such as ear, skin, and stomach infections and more serious bacterial infections that can even lead to death.

While the Gulf beaches get most of the attention, we also have dozens of popular beaches along our bays. These spots are often more heavily used by local residents who are often of lower socioeconomic status and people of color who cannot easily make the more expensive trip over to Gulf beaches. These beaches are much more likely to be contaminated, as they are often closer to sources of pollution and do not get the amount of flushing and dilution that happens on Gulf beaches.

The latest expanding threat to our waterways is the proliferation of algae—technically called harmful algal blooms—that seem to be happening more often. Right now, a huge pulse of blue green algae has contaminated the Mississippi coast and closed beaches along its length. With currents pushing the bloom east it could be Alabama beaches that are next.

These blue green algae outbreaks are a new kind of scary along our coast, as even breathing airborne particles released from the algae has been linked to a host of brain and liver diseases in humans,  including ALS and other neurodegenerative conditions. The details of that link are still being studied but appear to be very real, according to the best available science.

Last year Florida saw another algal outbreak in an epic red tide that caused massive damage to marine life on much of the South FL coast. That outbreak is believed to have started naturally, but was fueled by and made worse by human activities.

What’s causing these algal outbreaks? Nitrogen and phosphorus—often rom fertilizers, septic tanks, and sewage. Along the Gulf coast it is becoming more common due to pollution from nutrients, diversions of freshwater to prevent flooding of developed lands, and warmer waters caused by climate change. In response, we’re adapting our work to meet the growing threat from nitrogen and phosphorus and the fertilizers that often fuel them.

In the meantime, enjoy the water but please swim safely. Check your state’s beach monitoring program by googling the same of the state followed by beach monitoring. As is said for so many safety concerns— “Know before you go.”