From BP tragedy to solar opportunity: A conversation with Dr. Calvin Avant 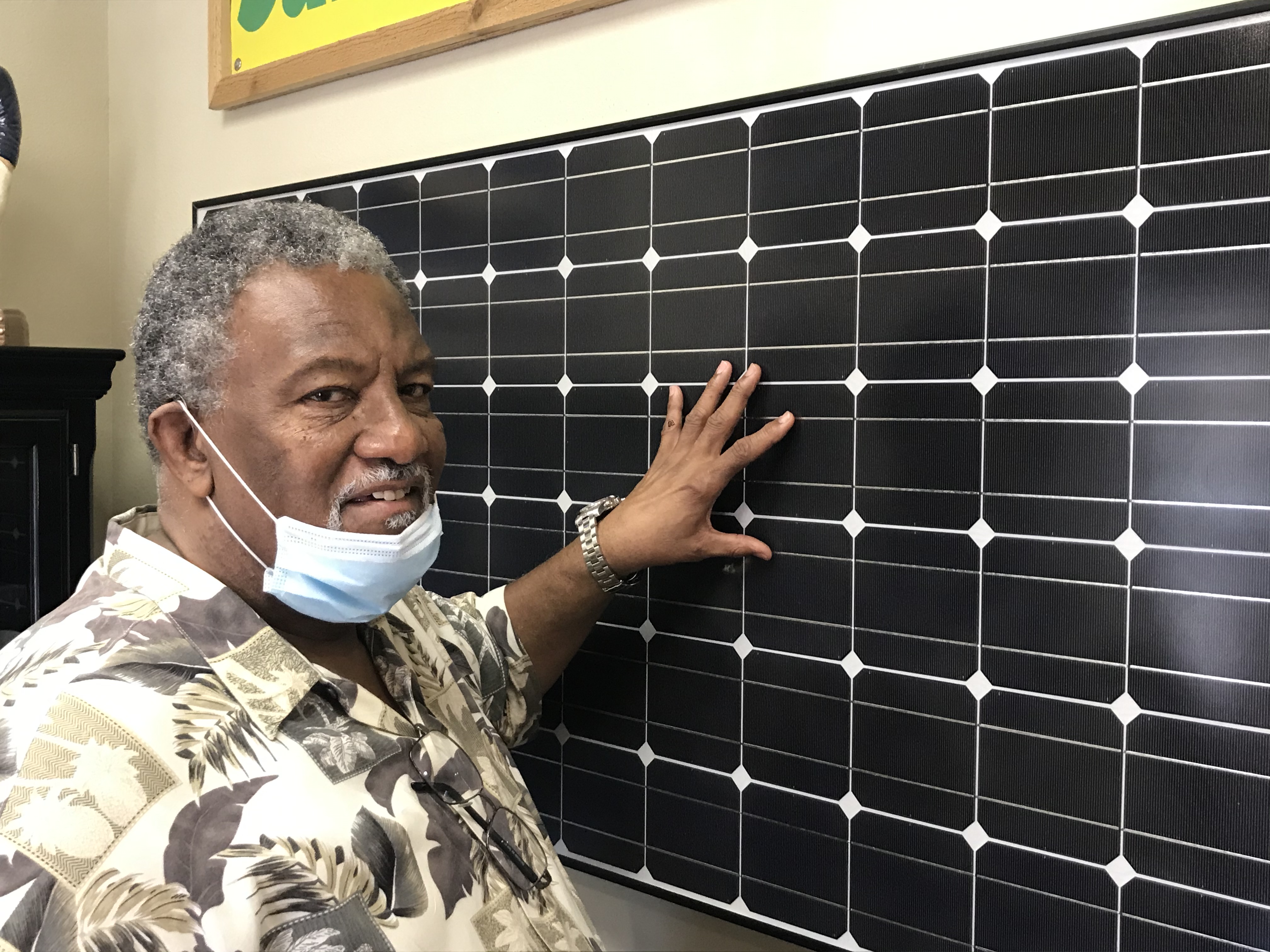 This year marks ten years since the 2010 BP oil disaster. As part of a memorial to those who lost their lives and the massive environmental,economic and social damages, Healthy Gulf is sharing a collection of stories and remembrances around key dates. On June 4, 2010, oil first began to wash ashore in Florida, and in remembrance we share the story of Dr. Calvin Avant of Pensacola, FL.

Dr. Calvin Avant is a pastor and founder of Unity in the Family Ministry. He is a Certified State of Florida School Teacher, Certified After Care Specialist, Certified Parent Instructor, Licensed Addiction Counselor and a State-certified provider of Prison Ministry programs.Dr. Avant runs an environmental career training program that will soon add a solar job training course funded by damages from the 2010 BP disaster.

1.      Did the 2010 BP oil spill affect you both personally and professionally?

I was the director of the Escambia Pensacola Human Relations Commission (EPHRC) when the Deepwater Horizon oil leak occurred in the Gulf of Mexico.  I received many complaints from African American residents due to problems connected to the spill. Many of the complaints related to not being able to receive financial help either from actual effects of the spill or loss of employment. The EPHRC filed several complaints with British Petroleum, Department of Justice and EEOC for those complainants.

I also met with Dr. Beverly Wright of the Deep South Center for Environmental Justice (DSCEJ) out of New Orleans, LA.  She explained to me how the Deepwater Horizon Oil Spill had impacted low-income people and people of color.  She explained how African Americans and Southeast Asians in the region were heavily dependent on the seafood and the tourism industries for jobs and how the loss of those job effected a group that was already living from paycheck to paycheck.

She also expanded on how the spill affected minority Gulf Coast residents beyond just robbing them of income. She enlighten me on research conducted by Dr. Robert Bullard at the Environmental Justice Resource Center that showed that BP—with the government’s approval— allowed "more than half (five out of nine) landfills to dump BP oil-spill solid waste in communities where people of color comprise a majority of residents.

In conjunction with Dr. Wright and the DSCEJ the EPHRC submitted a grant proposal to EPA to gather data on how those residents were affected due to the toxic waste being dumped in the communities where the five landfills were permitted. Our grant proposal was not selected.  But this introduced me to the concept of Environmental Justice. This also allowed me to gain a relationship with Dr. Wright and the DSCEJ.  From that association, my non-profit Unity in The Family Ministry was able to join with the DSCEJ and bring the Environmental Career Worker Training Program and an Environmental Justice project working in conjunction with the Wedgewood, Rolling Hills and Olive Heights communities located in Escambia County.

2.      What made you decide to create a solar job training program?

After two years of conducting the Environmental Career Worker Training Program (ECWTP), I realized the need for more economic development programs for underserved, under employed and unemployed individuals in Escambia County.  I perceived a need to develop a path to improving the productivity of our target population in ways that would leads to jobs with livable wages and upgrade of their living standards.

One of our instructors in the ECW Environmental Career Worker Training Program was Mr. Michael Allen, a local Electrician and instructor at Pensacola Sate College. Mr. Allen introduced to me the idea of conducting a solar installation certifying course.  We had many conversations concerning the possibility of starting this Solar Electrical Concepts Project for our students.  We discussed how environmental justice issues in our community could relate to solar technology.  Our discussion lead into how solar energy could help environmental justice communities and how solar technology could effect a positive change in those communities.

We knew that many Black communities struggle to receive equal environmental protections under the law and are more susceptible to the negative health impacts of pollution. We decided that our solar program would address existing disproportionate impacts, in part, by broadening and diversifying participation in the development of renewable energy, giving a career path in solar technology to our target population and educating the minority community on the advantages of using solar power and reducing the use of fossil fuels.

We saw the opportunity to utilize the funds that were made available through fines given to British Petroleum Oil Company due to its Deepwater Horizon Oil Spill.  Florida was the only state receiving the fund that had a bottom up approach in disbursing the monies.  Florida allowed residents of each of the affected counties who had innovative ideas to submit applications and apply for the funds.

3.      You will be training people to help us move away from fossil fuels so that we never have another oil spill. Is there any particular pride or satisfaction in that?

The solar training program will give our local minority community a way to affect climate change. This program in a small way help with the avoidance of devastating extreme weather events and sea level rise. We will also help other minority communities that are directly exposed to high level of dangerous PM2.  This PM2 is soot so small it can actually enter your bloodstream, increasing the risk of death from stroke, heart disease, lung cancer, and respiratory illness among those exposed to this air pollution in many poor and Black communities.  Our small effort will help in the fight of reducing the burning of fossil fuel.

Unity In The Family Ministry is honored to be an intricate part of helping in the fight of reducing our carbon footprint.  Our work in this area will also address the inequalities in our communities. We will continue working with our community to become consolidated around the need to stop all oil, coal, and gas expansion.

4.      Do you have anything else you would like to share related to the BP oil disaster and/or solar job training program?

The environmental impact of the Deepwater Horizon oil spill is still apparent.  Even though the gushing well was capped in July 2010, oil is still washing up on shores, which is causing long-term damages to people living in the area. Coastal communities and our environment cannot afford another environmental calamity which we are headed for under President Trump’s leadership.

Public record shows, it was the trust in the oil and gas companies and the same lack of government oversight that paved the way for that disaster. The Obama administration heavily limited offshore drilling in the aftermath of the Deepwater Horizon explosion, but last year, the Trump administration began to undo those efforts.

In January 2018, the administration opened nearly all US coastal waters to offshore drilling, a move environmental advocates criticized as a giveaway to the oil and gas industry. And in June 2018, President Donald Trump issued an executive order that undid protections put in place by Obama, handing more control of drilling safety to the states.  We can either continue to placate energy companies or we can start investing in solar and wind power to ensure a safer, cleaner and more affordable energy future.