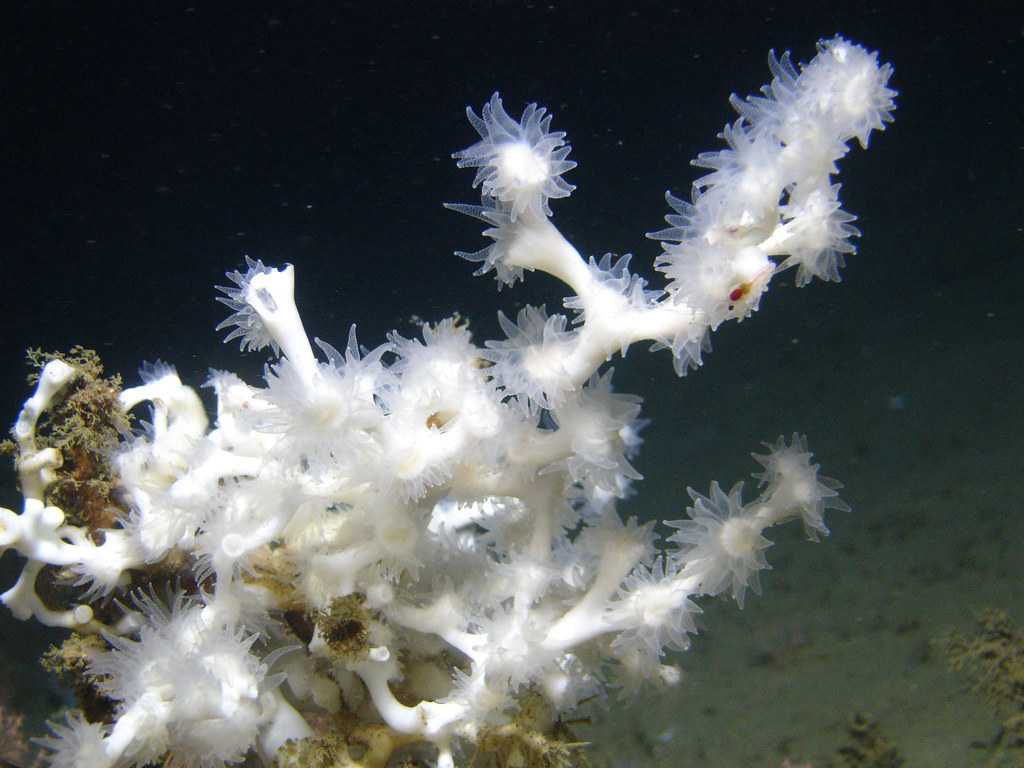 Lophelia, a species of stony coral, is the most common structure-forming deep sea coral in the Gulf of Mexico. Lophelia can live, continuously growing, for over 1,000 years and stretch up to 100 feet above the seafloor. Individual polyps are thought to live approximately 20 years, with new, young polyps growing on older parts of the structure, both living and dead.

When alive Lophelia is often bright white but can also appear pink or yellow, depending on the color of the mostly-translucent polyp. Regardless of the color when alive, Lophelia appears brown after it has died. Dead specimens are valuable in the deep sea community as they form hard substrate for other organisms to live in and for other species of coral to grow on. In spite of this, Lophelia is surprisingly brittle and damages fairly easily.

In the Gulf, Lophelia is most commonly found at 650 to 2600 feet in the the north-central to eastern portions of the Gulf. Worldwide, Lophelia is found in a wider range of depths, from as shallow as 250 feet to 10,000 feet deep. Partially because of Lophelia’s geographic and depth ranges,these massive corals are key organisms in the deep ocean, supporting high levels of diversity that parallels shallow water reefs, and is three times higher than the diversity along the soft bottoms surrounding the reefs.