Deep Sea Corals in the Gulf 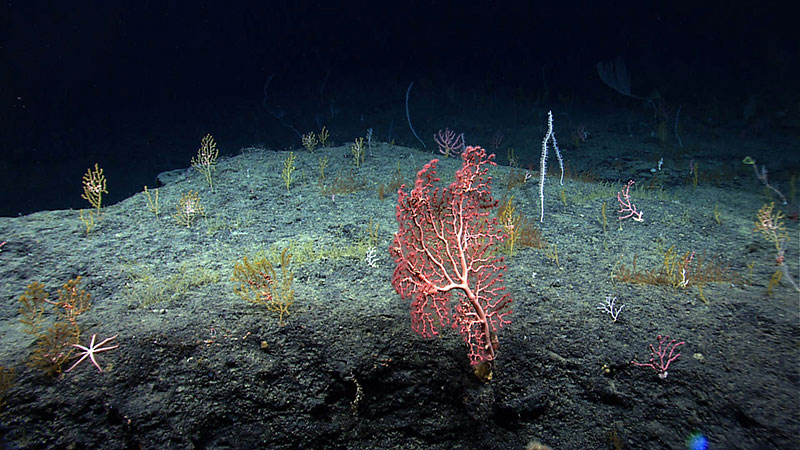 Bubblegum coral. All photos in this article credited to NOAA.

Deep sea coral is part of a group of organisms called benthos which is a term used to encompass species that live on or close to the sea floor. Deep sea coral is part of the Phylum Cnidaria which  also includes sea fans, sea anemones and sea whips. Because deep sea coral is so difficult to access using conventional scuba gear, very little is known about these species in comparison to their shallow water cousins. However, there are actually more deep water coral species than there are shallow water species.

To help better understand these mysterious deep sea creatures, let’s take a look at some of the known species:

Pictured at the top of this article is what is known commonly as bubblegum coral, named for its red color and cartoonish appearance. The scientific name is Paragorgia arborea and it grows in deep areas across the Atlantic and Pacific oceans.

A squat lobster perches on a black coral (Antipatharia). Although called black coral, this group of species is rarely actually black; more commonly being white, red, green, or brown. This order of coral can be found in abundance in deep coral reefs across the world.

Octocoral (Alcyonaria) is a broad group of organisms comprising over 3,000 different species of corals, sea fans, and sea pins. Octocorals can be found both in shallow tropics and in deep water reefs. Octocoral gets its name from the 8-form symmetry it’s polyps have, hence the “octo.”

Finally, we have the abundant lophelia coral. Lophelia coral, like all deep sea coral, are filter feeders meaning they do not rely on sunlight for nutrition. Lophelia corals are slow growing, large and known to create massive reefs providing habitats for many deep sea creatures. Scientists believe that some of the largest Lophelia reefs alive today could be more than 1000 years old.