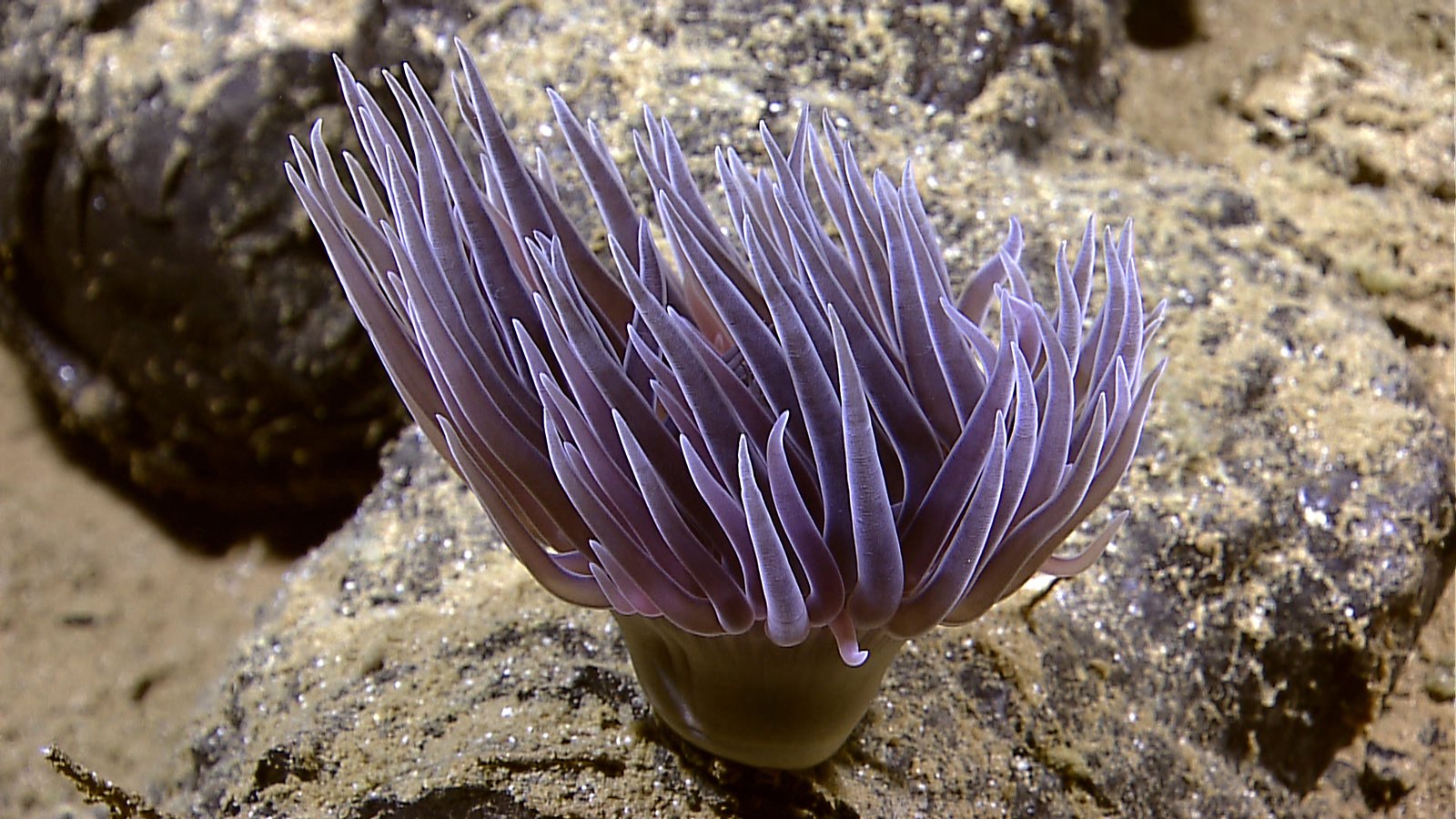 Multiple species of coral, including sea anemones, on Roberts Reef, in the Gulf. Photo credit NOAA.

Hexacorals are the second subclass that contains corals (and if you missed reading about octocorals, it can be found here).  As their name suggests, many have six (“hexa”) tentacles, instead of eight, though hexacorals with both eight and ten tentacles exist.

Including species from stony corals (or true corals) to sea anemones, there is more range in the appearance of these corals than there are in octocorals. Some, like stony corals, have hard skeletons and look like the corals common in shallow water.  Other types of hexacorals may occur as a single large polyp attached to the substrate through one long stocks, or they are deep sea anemones that look like hybrids of species we are familiar with, like the anemone to the left that has a similar appearance to a Venus-fly trap.

The hexacoral subclass includes the following orders: true sea anemones (Actiniaria), black corals, (Antipatharia), tube anemones (Ceriantharia), false corals (Corallimorpharia), stony/true corals (Scleractinia), and colonial anemones (Zoanthidea), many of which will be covered in future posts. Within these six orders there are almost 4,300 species, and that’s only the ones to have been discovered yet!  Many of the known species occur in shallow water with some, primarily stony corals, being identified in the deep ocean. Many species of hexacoral have zooxanthellae that required sunlight, and so they cannot survive in the deep ocean, though recent research has found that some shallower species of deep water coral (called mesophotic corals, ranging from 30-50m) have modified zooxanthellae that do not photosynthesis, but do capture the blue light that is able to penetrate to their depths.  These organisms have been found fluorescing in a variety of colors, including red and orange.

In the Gulf of Mexico, many species of fish rely on these deep sea corals (some of which will be covered in a coming post). In the Gulf, there are many species of anemone, at least 29 species of black corals, more than 85 species of stony corals discovered so far. Because these corals are hard to reach due to their depth, every time there is a new expedition new species are discovered.

As is true with octocorals and much life in the deep ocean, new species are constantly being discovered, named, and described. In the nine year period between 1999 and 2008, 286 species of hexacoral were described, and experts predict
that less than 2% of species have been described to date.