Cleaning-up our waterways 33 years overdue, but still not too late 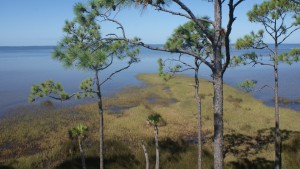 Some Florida panhandle waterways continue to receive direct discharges of pollution, long after the Clean Water Act called for an end to the practice.

1985 seems like a long time ago. For those who care about clean water which is pretty much everybody 1985 was a landmark year in the quest to restore our nation's waterways. That was the year that the Clean Water Act set as a goal for eliminating all direct discharges to our rivers, lakes, bays, and oceans. 33 years later we are still trying to get there.All of this came up recently as we worked with dozens of concerned citizens and elected officials to get the Navarre Beach Wastewater Plant to stop discharging its wastewater into Santa Rosa Sound. The plant is located on Santa Rosa Island about 25 miles east of Pensacola, and is one of the few remaining facilities in the area that discharges directly into surface waters.Santa Rosa Sound is one of the healthiest waterways in the Pensacola Bay system, though its overall health is more recently in decline. As industries and sewage treatment plants dumped their waste in Pensacola Bay throughout most of the 20th century, the Sound's location farther south and its flushing with Gulf waters through Pensacola Pass insulated it from much of the pollution. It is no longer insulated. Today, as new growth and development sprawl outward from Pensacola and along the shores of the Sound, it's experiencing the pains of growth. Perhaps the best way to measure this decline is through the health of seagrasses the submerged plants of several different species that grow rooted to the bottom in shallow waters.After decades of decline that saw the loss of over 90% of these grasses in the Pensacola Bay system, they are starting to recover in the main portions of the Bay. But in Santa Rosa Sound the grasses are now dying as new development pushes into the area and along with it come more discharges from sewage treatment plants, septic tanks, and stormwater. It's all the more reason to remove the wastewater plant discharge from the Sound.The plant is highly vulnerable to hurricanes on the low-lying Island, where storm surges can damage the facility and cause raw sewage to be released. There are plans over two decades old to move its discharge over to the mainland and to either spray the discharge onto pine forests (so called sprayfields) or reuse the water for irrigation in yards and parks. These are vastly better solutions than pumping the wastewater directly into the Sound. That's because the wastewater still contains pollutants that can impact the health of the Sound. Those pollutants include nutrients, metals, and the totally unregulated mix of pharmaceuticals that are mostly not removed by treatment plants. Applying the wastewater to land allows for a certain amount of those additional pollutants to be filtered-out by plants and soils, and is part of a long-term movement to remove all direct discharges from our nation's waterways. It's a movement that continues some 33 years after failing to meet its initial benchmark. While elected officials have failed to carry out those long-held plans to move the treatment plant, we are actively engaging with those same officials and their constituents. We want them to know how important clean water is to the area, and that while 33 years is too long to wait, it's still not too late to take action to protect Santa Rosa Sound and all of our beloved waterways along the Gulf coast.