Clean energy and energy democracy for the Gulf coast 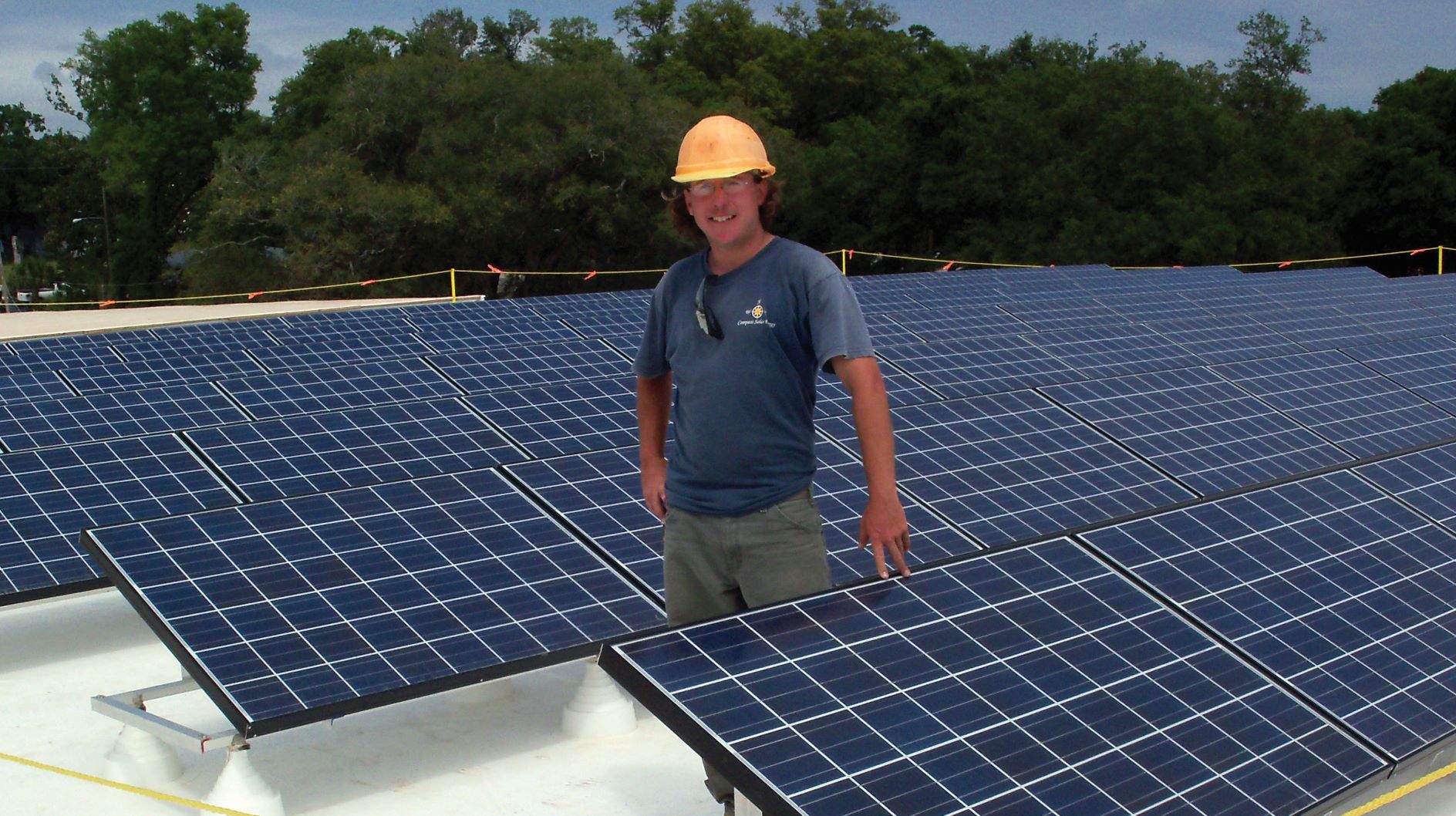 A rooftop solar installation in the Florida panhandle.

Our society is the early stages of one of the greatest transitions in human history, as we move away from fossil fuels to a future of renewable energy. In that transition lies an epic battle over the terms and pace of that transition. It’s a battle that will determine who gets to access clean energy,how much it will cost, and whether it will happen soon enough to avoid the worst impacts of climate change.

Energy is the capacity to do work. As our society mastered the use of fossil fuels for energy over the past 150 years, our capacity to do work increased dramatically. Consequently, so did the rate at which we despoiled the planet.

The burning of coal, oil and natural gas for energy is likely the greatest single source of air and water pollution, along with the dominant cause of a warming planet that threatens to upend life as we know it. For those of us on the Gulf of Mexico coast there is also the extraction and processing side of fossil fuels, as much of the Gulf is a sacrifice zone for oil and gas drilling that feeds onshore refineries and industry, bringing with it massive negative impacts to air, water, land and human health.

The environmental community has sounded the alarm over the use of fossil fuels for decades.  We pushed utilities to embrace energy conservation and renewable energy, which they mostly ignored. Only in the last several years have some of the large monopoly utilities that provide much of the electricity along the Gulf coast begun to move into renewable energy.

But it’s only one specific type of renewable energy that they support—that which they make at their facilities and sell at a price they have the upper hand in determining. If you want to make your own electricity using solar panels on the rooftop of your home or business, suddenly these same utilities think solar is a bad idea. That’s because every kilowatt of electricity that we make ourselves means less in corporate profits for them.

Where I live in the Florida panhandle, our local electric utility is an investor-owned monopoly—Gulf Power Co. I have repeatedly heard accounts of company employees advising local residents and businesses that solar panels are not a good idea for their rooftop, and I have heard it myself on one occasion.

At a meeting in which a marine science center on the beach was planning to build a new environmental education center, I strongly encouraged that if the center was to have any environmental credibility at all,it had to include solar panels on its rooftop. Sure enough, a Gulf Power employee at the meeting immediately spoke-up to say that solar panels on the beach were not a good idea. This despite the fact that there are already many successful installations along local beaches, that solar panels are designed to withstand the corrosive forces of salt spray and are installed to meet the same hurricane wind standards as buildings. His claims were clearly without merit.

If we wait for solar energy under the terms set by monopoly utility companies, then we will be waiting longer and paying more for the inevitable transition to renewable energy. Utility companies are certainly part of the clean energy solution, as many buildings and properties do not have the right orientation or have too much shade for onsite solar production. But utilities are too large to be nimble enough to respond quickly to new consumer demands for renewable energy, and they will always try to use their political power to create barriers to individual businesses and residents owning their own solar systems and producing electricity at a lower cost.

For example, Florida is still one of just a handful of states that protects utilities from more competition by banning the solar leasing model used to dramatically expand solar across the nation—including to lower income residents. In this model, solar companies install panels on a customer’s rooftop at no charge in return for a long-term lease in which the homeowner agrees to purchase the electricity generated by those panels. Because that electricity is delivered at a lower price than what the local utility company provides, it is hugely popular.

The need for access to renewable energy extends to local governments too. As increasing numbers of municipalities set formal goals for transitioning to renewable energy for their operations (10 cities in FL so far), they will get there faster and at a lower cost to taxpayers if they have solar systems that they own installed on their own facilities. Call it energy democracy, or energy freedom—it’s making sure that we all have full access to the revolution in renewable energy.

While much of my work for Healthy Gulf involves resisting the expansion of dirty energy—namely oil and gas drilling near the FL coast—I’m also working more and more on promoting a more rapid and just transition to renewables. As we make that transition, we can eliminate oil and gas drilling in the Gulf once and for all while protecting and restoring the health of our air, water, climate and the communities of the Gulf coast.