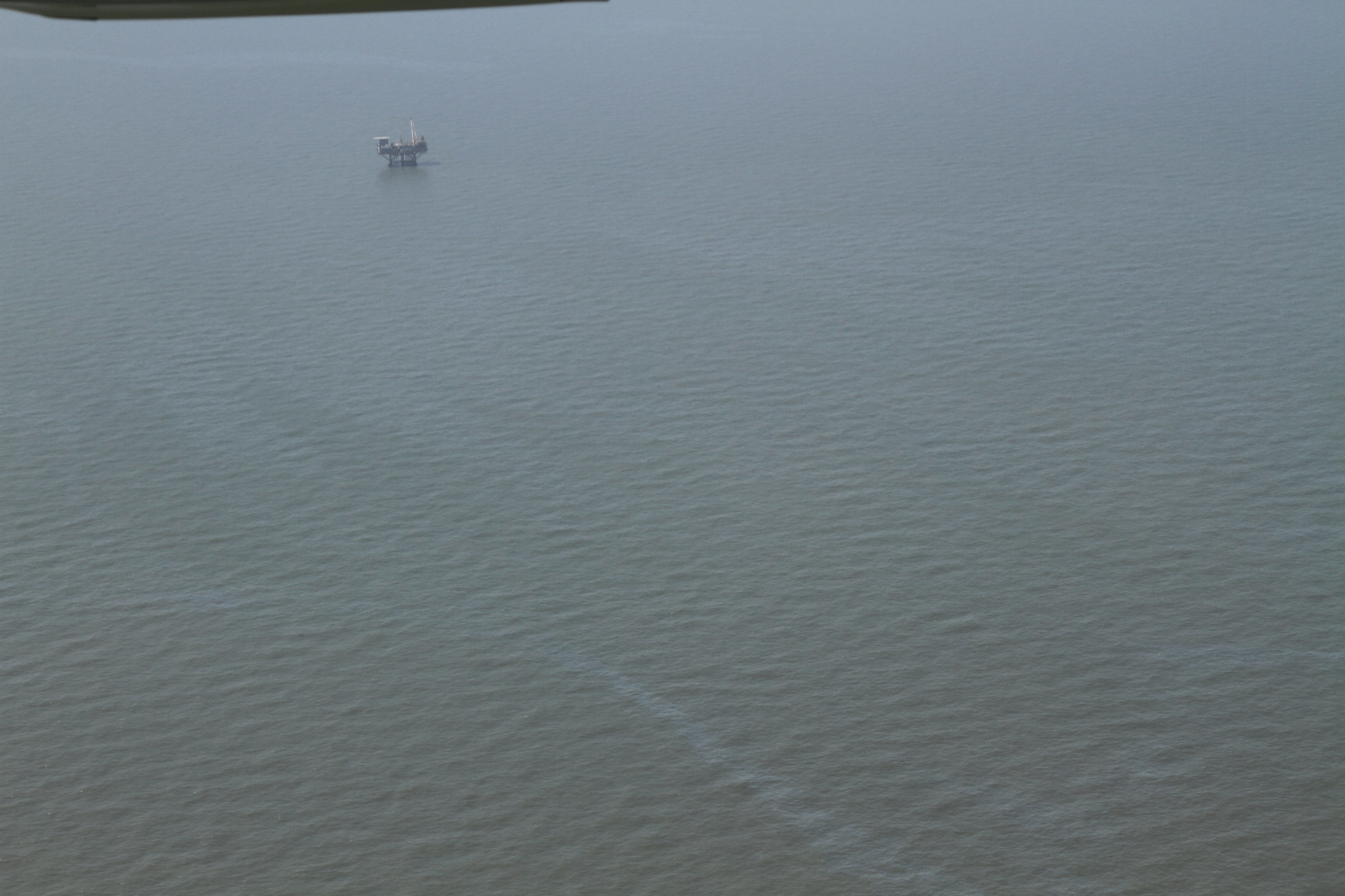 On April 19th, Gulf Restoration Network released a new report - “Oil and Gas in the Gulf of Mexico” - that reviews ongoing damages from offshore oil and gas development, announces a new tool to document GRN’s monitoring efforts, and highlights some of the most significant pollution events in 2017. The report also shares recommendations on how to protect our communities from the impacts of offshore oil and gas development.

This release comes as Gulf Coast residents look back on the legacy of the BP drilling disaster, which occured 8 years ago this week. Scientist are continuing to study the long-term impacts of BP’s oil and dispersants - including documenting damage to deep sea corals and new research on the toxic impacts of dispersants on clean up workers.

There is also a newfound concern that the Gulf will be at greater risk of major spills if the Trump administration succeeds in its reported efforts to roll back portions of the “well-control rule” - which was enacted to fix the problems that led to the BP drilling disaster. The Trump administration is also attempting to open new areas in the eastern Gulf, Atlantic, Pacific and Arctic to offshore development.

8 years ago, we experienced the largest oil spill in U.S. history and Gulf residents are still living with the consequences of that disaster. The well-control rule was one of the only safety reforms put in place after the BP drilling disaster and now the Trump administration is looking to gut those already modest reforms. Opening new areas to drilling while rolling back vital protections is bad news for our coastal communities, the environment and offshore workers.

According to the report, there is an average of 1 fire every 3 days offshore related to oil and gas infrastructure and about 3 workers lose their lives each year in non-transportation related offshore incidents. The case studies in the report take a look at some of the biggest pollution events in 2017.

“From Taylor Energy’s wells that have been leaking for 14 years to the massive LLOG Exploration spill to widespread pollution unleashed by Hurricane Harvey, 2017 was a rough year for the Gulf,” said Scott Eustis, GRN's Community Science Director. “Gulf Restoration Network has been on the frontlines documenting pollution incidents by air, sea and land and our new Gulf Watchdog tool will allow the public to see all the spills and pollution we’ve discovered.”

In 2017, GRN reported 27 pollution events to the Coast Guard’s National Response Center, all of which are included in the Gulf Watchdog’s database. GRN will continue to update the Gulf Watchdog as they conduct new monitoring trips.

“The Gulf’s communities, environment and economy are suffering from the impacts of oil and gas spills and accidents on a daily basis,” said Cyn Sarthou, Executive Director of GRN. “We can’t keep doing the same thing over and over again and expect different results. We must break this cycle of pollution by tightening safety standards and ending the sale of new offshore leases in the Gulf of Mexico.”