10 Reasons to Give on GiveNOLA Day! 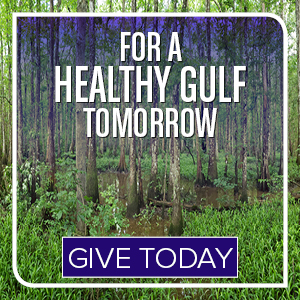 Because of individual members and supporters like you, Healthy Gulf (formerly Gulf Restoration Network) has been able to accomplish so much over the past 25 years. This past year, we have shared many victories with our members, partners and donors.

Below are 10 good reasons to give to Healthy Gulf today on GiveNOLA Day.

Today is the perfect time to give! With GiveNOLA Day’s Lagniappe Fund, your donation goes even further. So, head on over to https://www.givenola.org/healthygulf and schedule your gift before midnight!

Thank you for all of your support. We truly couldn’t do this work without the generosity of members like you.